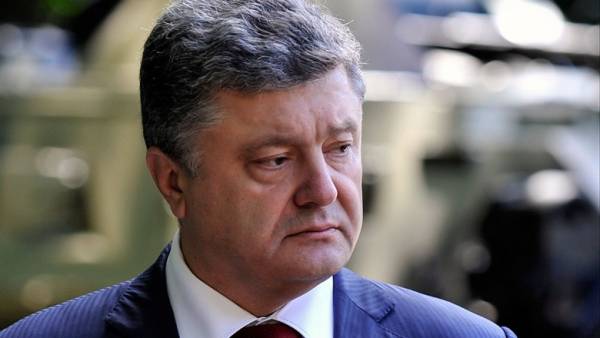 “He called for the release of Ukrainian hostages held in Russian prisons and in the occupied territories. He also noted the importance of the tolerance of the Ombudsman (the Verkhovna Rada of Ukraine — if) the human rights Lyudmila Denisova Oleg Sentsov (serving in Russia, a 20-year term in the case of a terrorist community — if) prisoners, and others of Ukrainians,” — said in a statement released on Thursday afternoon, the message.

Poroshenko also stressed the need for Russia to fulfill commitments under the Minsk agreements to ensure security.

“They also stressed the importance of intensifying the work in the “channel format” with the aim of harmonizing the concept of deployment in the occupied part of the Donbass international peacekeeping mission of the UN as an important instrument of implementation of Minsk,” — said the press service of the President of Ukraine.

For its part, the press Secretary of the President Dmitry Peskov confirmed a telephone conversation of presidents of Russia and Ukraine.

This is the second in two weeks a telephone conversation of presidents of Russia and Ukraine, which do not communicate often. 9 Jun Poroshenko has called Putin. As reported the press service of the Kremlin, in a conversation, special attention was paid to humanitarian issues, including exchange of detained persons. Then the presidents of Russia and Ukraine “agreed about the visit of the authorized on human rights in both countries of Russian citizens detained in Ukraine, and Ukrainian — in Russia.”