In the US, the pilot landed the burning bomber

In the United States called the hero pilot who refused to leave the burning nuclear bomber. The reason for his decision was the catapult, not allowing the crew member to leave the plane. 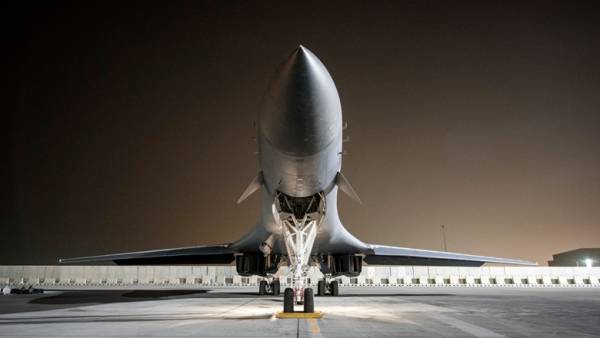 In the United States have been the logical conclusion of history, which resulted in the earth for a fortnight was riveted the entire fleet of the famous strategic bombers B-1B Lancer.

It is connected with the emergency landing of one of these aircraft, which occurred on may 1 of the current year.

The day bomber B-1B returned to the airfield with a planned learning task, when appeared in the cabin of the signal about the fire on Board. As reported later, the media referring to unofficial sources, the fire originated in the third engine (the aircraft four) closest to the fuselage.

Officially the details of the incident were not reported, but sources said that the crew drew attention to “the message about the fire in acrylia fairing panel warnings about the fire that followed the fire signal of the third engine.” After to extinguish the fire failed, the crew commander was ordered to leave the aircraft.

As reported by the newspaper Aviationist.com first tried to eject the weapons operator sitting behind the pilots, however, the bailout did not happen. The crew of the B-1 consists of pilot, copilot and two weapons operators. Each crew member is fixed in the ejection seat, and over each is your escape hatch.