The Schengen area can be expensive, but safer

The EU started the reform, which resulted in the procurement of visas will increase, and the countries of the community will be able for a year to establish internal border controls. 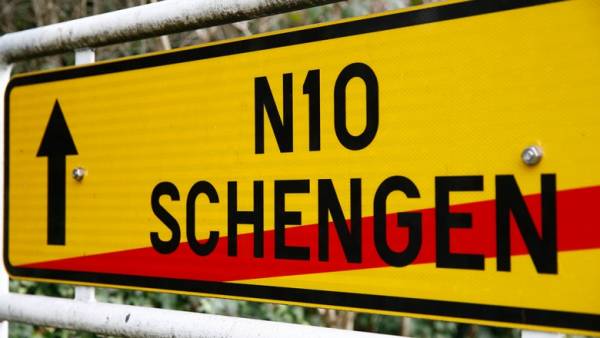 The Schengen visa code expects major reform. The Council of Europe approved the initiation of discussions on new rules that would give the Europeans a more effective means of border control to counter the influx of migrants, and also provide some simplification of the procedure of issuing visas “respectable travelers”. TASS explains what changes are coming in European visa legislation.

Visa control will be tougher

The proposals prepared by the European Commission (EC), include four practical aspects:

• all documents filed for a visa and those in the database of the Schengen (VIS) will be automatically checked against databases of criminal police, anti-terrorist and immigration services;.

• the database for the first time will include information about long-term visas and residence permits for non-European citizens in EU countries to control transboundary movements of such persons;.

• data of all persons requesting a Schengen visa, will now be stored in a single database that will help border guards to identify, for example, undocumented migrants, if they have previously applied for a visa;.

• the security forces and border service of the EU needs to obtain a simplified access to information from the visa database for the needs of their investigations.

The EC began the process of updating the Schengen visa system and border controls after the attacks in Paris and Brussels in 2015 and 2016.

Then it turned out that the organizers of the attacks, being wanted in different EU countries on suspicion of extremism, freely crossed the borders of the EU, visited Syria and returned using fake documents.

Law-abiding travelers will get to bonusabout for a visa can be a maximum of six months and at least 15 days before the date of travel.

Visa application form will be allowed to complete and sign electronically. The new rules also define what countries need to issue a visa in case of travel to multiple States, and introduce a “harmonized system of issuing multi-year visas for individuals with a clean visa history”.

Law-abiding travellers will be able to “successive increases in term” action multivisa. That is, if the first entry in the Schengen area you opened a visa for six months, then the next time you will give it a year, etc.