The ECHR rejected the complaint on Breivik’s conditions of detention

MOSCOW, June 21 — RAPSI. The European court of human rights (ECHR) rejected the complaint of Anders Behring Breivik’s conditions of detention as “clearly unfounded”, according to the official website of the court on Thursday. 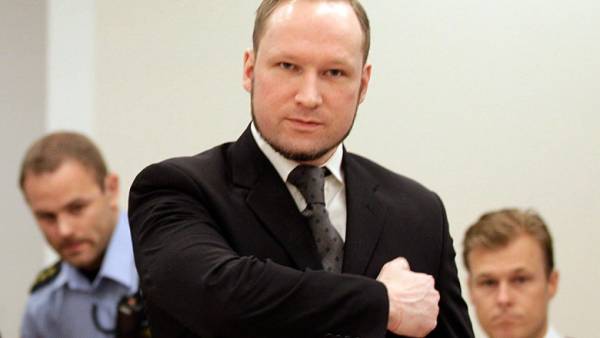 Due to the fact that in 2017 Breivik changed his name to, Thorolf Hansen, the decision was taken on the case “Hansen V. Norway”.

As pointed out by the ECtHR, the applicant complained about the violation of their rights guaranteed by articles 3 (prohibition of torture) and 8 (right to respect for private and family life) of the European Convention for the protection of human rights in connection with his isolation from other prisoners.

Having considered the matter, the Strasbourg court has not revealed any violations in relation to Breivik, supporting the relevant decision of the Supreme court of Norway handed down in June 2017.

Breivik 22 July 2011 arranged explosion in the government quarter of Norwegian capital, which killed eight people, and shooting at a youth camp of the labour party of Norway on utøya, which killed 69 people. Breivik was sentenced to 21 years in prison.