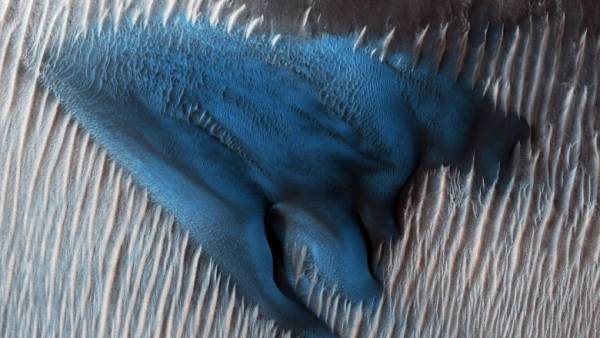 The footage captured the blue part of the planet’s surface in the region of the crater Liot. It is noted that similar phenomena are often found on the surface of craters, but usually they are grey.

The researchers indicate that the dunes have a bright color due to the more complex structure and specific chemical composition.