Age was measured by the petition

The government staff will have to work with appeals of citizens. 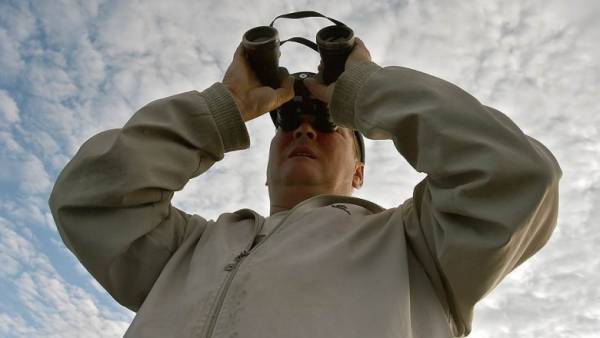 The first petition against raising the retirement age, gathered at the official portal of “Russian public initiative” (ROI) of 100 thousand signatures addressed to Deputy Prime Minister chief of staff of the government of Konstantin Chuichenko. The White house has not decided who will do the expert working group on the assessment of petitions is not reappointed by the Minister, Mikhail Abyzov. At the White house within two months for consideration of citizens ‘ appeals, but at this point, the bill could be passed by the state Duma in the first reading.

The White house a bill to gradually raise the retirement age from 55 to 63 years for women and from 60 to 65 years for men, 18 Jun sent in the newsletter for a month for feedback from the regions. As soon as the discussion of the parameters of the initiative, against her there were several petitions, including ROI. The portal, recall, appeared in one of the may decrees of Vladimir Putin 2012. The system operates according to established by the President in March 2013 order and provides for the transfer to the White house initiatives, which was signed by more than 100 thousand citizens.

The President of “Confederation of labour Russia” (KTR) Boris Kravchenko told Kommersant: “the Petition was created by one of our people.” The name he did not name. “We asked the people who supported our petition at Change.org to use the national instrument of the public initiative and support the petition on the ROI, he says. We are faced with the fact that in connection with the change of government has not formed an expert working group (“the Open government”.— “B”), which should consider this initiative and offer it to the Parliament. Therefore, a possible delay in procedures”. The working group which must assess the petition is valid, but not updated after the formation of a new government. In particular, the head of the group is former curator of the “Open government” Mikhail Abyzov, the Minister is not reappointed in may 2018. Several experts of the working group, told “Kommersant” that he had not received any invitations to the possible meeting of the group, no warnings on the rotation. In the White house “Kommersant” said, “Abyzov now there is, and the mechanism is unclear”.

“In connection with the change of government, likely new members of the Federal expert group”, — told “Kommersant” Mr. Abyzov. The ex-Minister recalled that “there are two months to review initiatives from the date of its receipt by the government”, and by this point, it should be prepared an expert conclusion, which is necessary for full-time consideration of the petition.

“Today we sent the government another petition, which has already gained 100 thousand, in the name Chuichenko,” — said “Kommersant” the head of Fund of information democracy Ilya massukh, coordinating technical work SWARMS. In a statement sent to the government, asking “not to allow increase in the age of entering the labor old-age pension”. It is already June 18, more than 100 thousand signatures have been collected under the requirement “against raising the retirement age for Russians,” and another petition has gathered 45 thousand signatures.

Still among SWARMS which collected 100 thousand signatures of calls (on the portal their is 15, not counting the “pension”) for approval of the government, the working group received one. Among them, for example, the sentence “keep mobile number when changing from one operator to another.”

But was rejected an initiative to limit of 1.5 million rubles. the price of the purchased by government agencies and state-owned vehicles, as well as proposals to ban flashing lights (a negative opinion, gave the relevant agencies).

Boris Kravchenko says that CTE discusses the campaign against raising the retirement age and offline: “Today we have launched a national headquarters to coordinate collective action in the regions of the Russian Federation”. “We are beginning to apply in large cities, — he told.— The world Cup ends July 15, in fact, on July 19, appointed the first reading of the bill in the Duma. I think that these days we are going to apply in large cities”.

“The failure of the initiatives of citizens at the level of the working group “Open government” blurred the idea of ROI and now is a good occasion to reconsider this approach,” — said Ilya massukh. However, he was sure that a large number of voters on the ROI shows that the “protection from bots, and it is not a barrier for citizens who want to sign up”. Mikhail Abyzov said that the system can be improved: “Now there is a hard filter to citizens who submit signatures in support of petitions, it is necessary to have a digital signature, and in many countries is e-mail and registered IP addresses”. The former Minister believes that the “individual questions” it is possible to reduce the threshold to 50 thousand: “We are moving to a digital economy and of digital communication, this format will grow.”