Why you need to abandon the “point” of the pension system

Vice-Premier of the Russian Federation Tatyana Golikova has informed on government plans to return to the system of individual calculation of pensions. Why we need reform and that they will change for ordinary Russians? 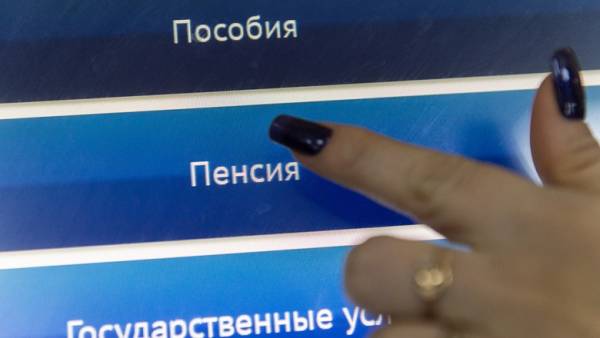 “This is a very difficult decision, but we have to take this decision”, — said Tatyana Golikova about the future reform.

She recalled that in 2019, under the new changes, the pension shall not be less than 40% of their lost earnings.

And explained: “it can Not be considered as the average temperature in the hospital. That is, the average salary, which, for example, has developed in the economy over some period, attributed to the average pension, which formed all pensioners. This individual calculation. We prepared these estimates to present to our society, as soon as decisions will be taken”.

What is the difference between the “point” of the pension system and individual retirement capital?

Point the pension system in Russia is in 2015.

Its essence — the labor pension is split into two parts: insurance and cumulative. For calculating the insurance part is valid, the concept of “individual retirement factor” or pension points.

Each working Russian gets a point for each year of operation.

To obtain insurance old-age pension you need to have a certain number of points. It was planned that after 2025 it will be able to the Russians, who have 30 points or more. In 2015, when the pension formula is only earned, it was enough to have 6.6 points.