Trump said that illegal immigrants use children to get into USA

MOSCOW, 18 Jul — RIA Novosti. The US President Donald trump said that illegal immigrants use children as a pretext to enter the territory of the United States. 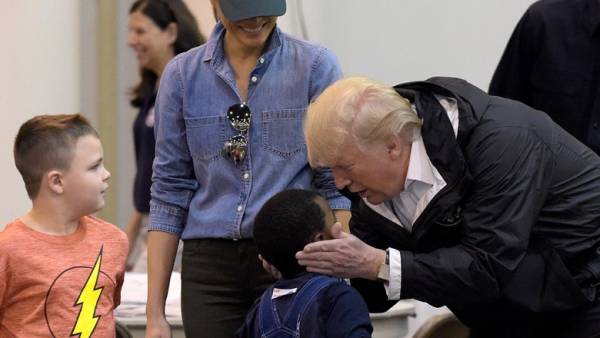 Earlier, trump criticized the practice of separating families of undocumented migrants on the southern border States and said that the country is long overdue immigration reform. It happened after OHCHR, the UN accused the US of serious violations of children’s rights on the southern border of the country, noting that the practice of separation of families is regarded as extrajudicial and illegal intrusion into family life and is a serious violation of the rights of the child.

“Children are among the worst criminals on Earth as a way to infiltrate our country. Did anyone see what crime is happening on the southern border (U.S. — ed.)?” — trump wrote in his Twitter.

The President added that what is happening is to blame the Democrats, who are weak and ineffective in addressing the problems of border security, and urged to change the laws in the country.

Earlier, the Deputy press Secretary of the White house Raj Shah announced that the trump is ready to sign any of the two bills on immigration or proposed by Congressman Bob Googlecom, or the draft law proposed by the leaders of the house of representatives.

The construction of the wall on the border with Mexico to prevent illegal immigration was one of the main election promises trump.