The white spot on the map. The five most mysterious military bases in the world

MOSCOW, 17 Jun — RIA Novosti, Andrei Kots. Carefully camouflaged missile silos, command posts, secret labs and underground bunkers. The globe covers the whole network of seemingly inconspicuous military objects, which nevertheless are able to greatly affect the course of the fighting. About them write books, shoot movies, they dedicate a computer game, but no one knows what’s really going on. 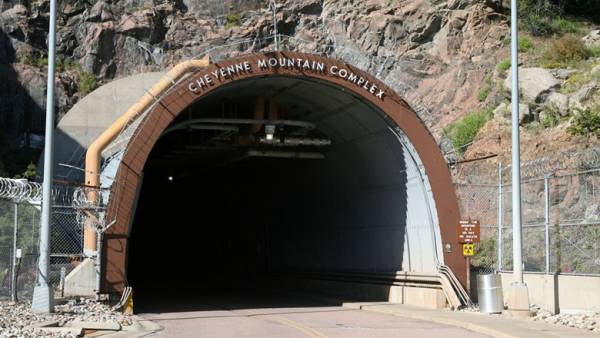 Legendary air force base Area 51 in the desert of Nevada has repeatedly appeared in fantastic movies. Why not just attributed to American military officials here: the study of alien technology, and the creation of “flying saucers”, and the cultivation of combat a virus capable of destroying all of humanity, and genetic experiments. Bred conspiracy theories, the Pentagon was forced to reluctantly reveal some of the details.

According to official data, Area 51 developed experimental aircraft and weapons systems. It felt such planes as high-altitude reconnaissance Lockheed U2, A-12 and SR-71, as well as the famous “invisible” F-117 Nighthawk. The unusual triangular shape of their fuselage and could push bystanders stealth flight over the desert to the idea of experimenting with UFOs. According to some information, currently in Area 51 are engaged in top-secret hypersonic strategic reconnaissance-invisible SR-91 Aurora. According to U.S. media reports, the plane speeds up to 20 thousand kilometers per hour, but the Pentagon still isn’t confirming anything.

The us naval base in guantánamo Bay in Cuba for over a hundred years. It has an area of about 117 square kilometers. Harbour base holds up to 50 large vessels up to aircraft carriers. On land — over a thousand office and residential properties, a mechanized port, ship repair docks, floating dock, warehouses of food, ammunition, fuel and lubricants. Contingent base — about ten thousand people military personnel. Specifically, they built a small town with all amenities.

But his notoriety base received from the eponymous prison, located on its territory. Americans since 2002 contained here a total of more than a thousand people without trial. The press repeatedly came dark rumors about its orders. Individuals suspected of terrorism, tortured, not given them to bed, kept on a lean diet. Of them, in fact, a confession was beaten out. In 2009, President Barack Obama signed a decree on the closure of the prison, but it functions today. According to the international human rights organisations, it contains about 40 prisoners.

On a major Chinese naval base, uline on the coast of Hainan island found out recently. In 2008, the American intelligence service has published photographs showing that the people’s liberation army of China was built in the mountain range of the great object for the naval component of its nuclear deterrent forces. According to satellite imagery on the basis of uline can hold up to 20 submarines with Intercontinental ballistic missiles. And adjacent piers will be placed two whole carrier battle group.

Submarine base at Yulin in Hainan, China

This database, created in secret and in a short time, is very important for the defense of China. Missile submarines hiding in its caverns, ready to experience a powerful nuclear strike, unnoticed to go to sea and attack the enemy. It is still unclear how the base exits. Is unknown and its internal structure. And most importantly: there is no information, does China have other similar base.

Heart of US national security is considered a three-kilometer Cheyenne mountain near the city of Colorado springs and underneath the permanent command post of the NORAD underground complex — the center of the United command of the aerospace defense of North America. This structure unites the American and canadian air and missile defense together. In the event of a nuclear war from the bunker in Cheyenne mountain’s political and military leadership of the country will command the troops.

The construction of the underground base began in 1961. In the depths of Cheyenne mountain for three years was a system of artificial caves. Three tunnels (length of 180 meters, height 20 meters, width 15 meters) intersected four (the length of 100 meters, height 17 meters, width 10 meters), forming a kind of lattice. In these cells placed 15 of metal structures, 12 of which represent, in fact, the three-storey building, with the rest a level or two. The outer shell of sheets of low carbon steel with a thickness of nine and a half millimeters internal support steel frame. All these designs are mounted on special springs that make the complex resistant to earthquakes and effects of a nuclear attack. The bunker in Cheyenne mountain operates.

Norwegian naval base Olavsvern was built during the cold war, 15 kilometers South of tromsø, at the confluence of fjords Ranfjorden and Balls fjord. Structurally, it is an underwater dry dock with direct access to the sea. The total area of the base reaches almost 25 thousand square meters, its fortification was engaged the allies Norway and NATO. During the cold war the complex was used mostly by American submarines patrolling the Arctic ocean. Their task was surveillance of the Soviet underwater missile.

Underground naval base of the Navy of Norway’s Olavsvern

After disintegration of the USSR the base has long stood idle, and in 2011 it was put up for sale. In the end Olavsvern bought businessman Gunnar Wilhelmsen and leased under the basing of Russian research vessels. In this status it is today.