Sometimes the design of a building leads to its excessive accumulation. 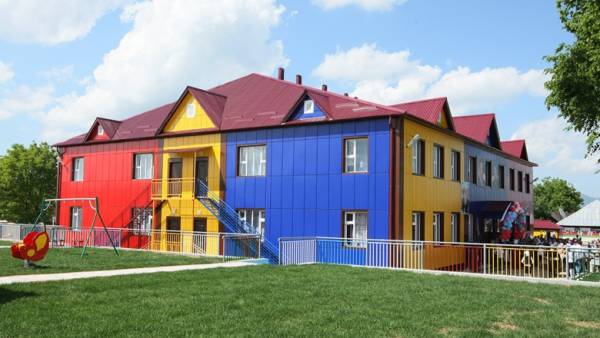 Scientists from the Institute of industrial ecology Ural branch of Russian Academy of Sciences gave a global assessment of the content of radioactive gas radon in the air of schools and kindergartens around the world. The article, published in the journal Radiation Protection Dosimetry, they note that in General it remains at a safe level, although some design features of the buildings and the work of kindergartens, leading to small excess accumulation of the radioactive gas.

On the country with kids: the 10 things you have to take

Radon has no stable isotopes, its nuclei decay, the most for a few days, creating dangerous radiation. Despite the instability of atoms, their stock in the environment is constantly replenished by nuclear reactions of uranium and thorium in the Earth’s interior. The inert gas penetrates into the water and the air, serving as one of the main sources of natural background radiation, however, is quite safe.

However, in indoor radon can accumulate due to the arrangement of the building, its construction, materials used, water supply, ventilation, etc. “Children’s institutions (schools and gardens) are usually located in separate large 1-3 storey buildings, specially built or renovated for these purposes, — writes Mikhail Zhukovsky and his colleagues at IPE, UB RAS. — They use a more powerful heating and ventilation”.

However, the streams rising from the soil of radon vary throughout the day, so controlling the measurements do not always give correct result and for gardens, and for schools, working within their own schedule.

In addition, the authors note that a wide study of radon concentration in the air of children’s institutions has still not been conducted. So they collected and analyzed the results of a total of 63 regional studies, mostly European.

As a rule, the sample sizes of the studies exceeded the 25 institutions, and in one it exceeded 10 thousand. The generalized data showed that the volume concentration of radon in the air of children’s and educational institutions is an average of 36 Bq/m3, This level is not dangerous, but it is about 1.5 times higher than the average within other different types of premises. In addition, 1.5 percent of spaces in institutions the radon concentration exceeds a critical value of 300 Bq/m3 is five times more than for conventional buildings.

The divergence of the scientists associated with the design and operation of buildings of schools and kindergartens: usually low-rise, they extend over a relatively large area of soil that can serve as a source of radioactive gas. In addition, observed a small accumulation of radon may be associated with inadequate ventilation of such premises at night.