At auction in Lyon for €350 thousand sold one of the three-cornered hats of Napoleon Bonaparte, which the former Emperor of France left after the battle of Waterloo in June 1815. On 18 June wrote in the newspaper Le Point. 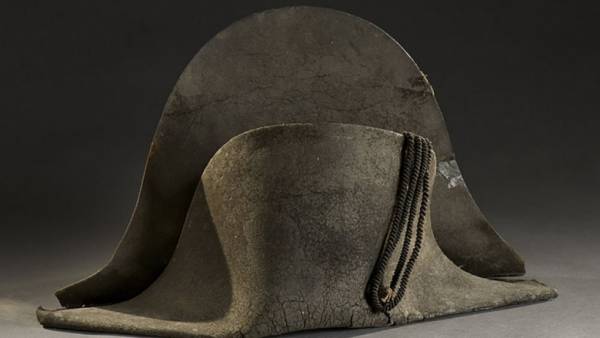 According to the researchers, over 15 years in power, Napoleon changed about 120 hats, about 19 of them have survived to our time. One of those three-cornered hats were sold on 18 June the auction house De Baecque et Associes. Initially, the exhibit was estimated at a much smaller amount of €40 thousand.

The hat of the Emperor produced from castor — fabric that is made from the fur of beavers. With the help of experts was able to confirm that at the request of Napoleon the design of the hat changed to the Emperor was easy to remove the hat and hold it in my hand.

The cocked hat Napoleon lost during the battle of Waterloo — the last attempt of Napoleon to regain power in France. The headpiece took the captain of the Dutch Dragoons Jacques van Nyvelt, and then it kept several generations of his heirs. At the end of the twentieth century, the hat was bought by the French collector, Bernard Thouvenin, and his heirs decided to sell the Imperial headdress at an auction. .

In 2014 at the Paris auction for €1.8 million sold the other three-cornered hat of Napoleon Bonaparte. It was acquired by a South Korean millionaire.