Deputies are looking for a deal on the Chelyabinsk roads

Inquiry Alexander Bastrykin was lost between the attorney General and the state Duma. 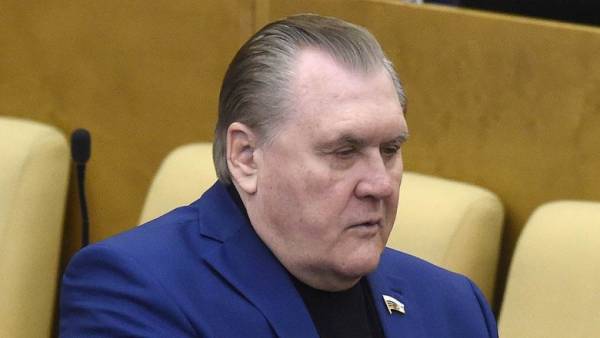 As it became known “Kommersant”, the Deputy of the state Duma from “Fair Russia” Vadim Belousov appears in the criminal case of especially large bribes for providing contracts for road construction in the Chelyabinsk region, however, does not yet have status because of their immunity. The head of the RCDS Alexander Bastrykin for three months trying to get permission for the prosecution of the MP, however, necessary in such cases, the agreement with participation of the Prosecutor General and the state Duma was delayed. On Monday it became known about the “disappearance” of one of the Prosecutor’s submission: supervision sent him, and the lower house of Parliament has not received.

Source “Kommersant” reported that the head of the Supervisory Department Yuri Chaika has sent to the speaker of the state Duma Vyacheslav Volodin idea of permission for criminal prosecution of the Deputy Belousova. According to the procedure, such views submitted to the Secretariat of mister Volodina and then immediately sign them for execution to the relevant committees. In this case, in the Committee on rules, to assess the validity of the Prosecutor’s document, the correctness of its registration, and thereafter to submit a question for discussion to the next meeting of Parliament.

As explained “Kommersant” 1st Deputy head of the rules Committee of the state Duma Valery Ivanov, solutions are accepted quickly, and “bureaucratic red tape” in training is not allowed. However, according to Deputy Ivanov, is still the view of the Prosecutor General Chaika in his Committee were reported.

The procedure of deprivation of the Deputy of inviolability, stacked usually in a few days, this time lasted for three months. In any case, according to lawyer Igor Trunov representing interests of the former Governor of Chelyabinsk region Mikhail Yurevich, the head of the RCDS Alexander Bastrykin appealed to the Prosecutor General acting as the intermediary between the result and the lower house of Parliament, in March, but permission for criminal prosecution of the Deputy Belousova is still not received.

What the investigation is trying to impute the Deputy is also not completely clear. According to the regional media, we are talking about especially large swindle with budget money allocated Chelyabinsk CJSC “Yuzhuralavtoban” for the reconstruction of regional roads. According to journalists, in 2011, Mr. Belousov, already being the Deputy of the state Duma from the party “United Russia”, bought it at JSC Magnitogorsk iron and steel works, and in 2015 — sold commercial structures controlled by the son of the Russian Prosecutor General Chaika Artem. Already after the transaction Mr. Chaika allegedly found that the former beneficiary “Yuzhuralavtoban” gospodryady received for the reconstruction of local roads totaling about 5 billion rubles, half of which just disappeared. The theft of budget funds using the largest field of enterprise for the construction of roads, according to the media, now interested in the TFR.