Putin told Kadyrov that Chechnya invest in safe and profitable

Russian President Vladimir Putin during a working meeting with head of Chechnya Ramzan Kadyrov said that to invest in the development of this region, safely and profitably. Transcript of the meeting published on the Kremlin website. 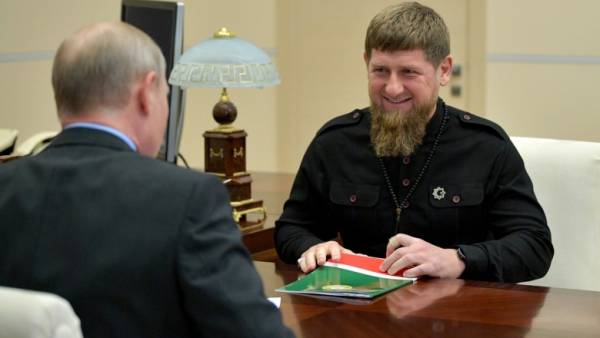 He added that such investments are necessary to create investment climate. “Then not only investors from Arab countries but from other countries too, will go to the North Caucasus, and in Chechnya in particular”.

In response, Ramzan Kadyrov, said that his country has already cooperated with the Arab countries, noting the good direction of development in investment cooperation with Saudi Arabia and the United Arab Emirates.

“Emirates, we have opened five-star hotel, established a joint Fund for development of small and medium business, build an international University, — said Mr. Kadyrov.— In Saudi Arabia the same — promise to invest in the development of agriculture”.