Environment trump sabotaged his plans meeting with Putin, the media are writing

MOSCOW, June 16 — RIA Novosti. Assistants Donald trump has ignored the wishes of the US President to arrange a meeting with the Russian leader Vladimir Putin, writes the Washington Post, citing sources. 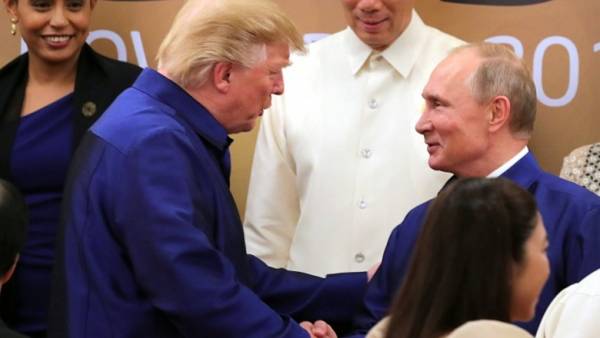 The publication notes that interest trump personal meeting with the Russian leader became public after the presidency in March held telephone talks during which the us leader offered to arrange a bilateral summit.

However, according to WP, trump asked his assistants to arrange bilateral talks in November 2017, after a conversation with the Russian President on the sidelines of the APEC summit in Vietnam.

“After this meeting, the President said that he wants to invite Putin to the White house. We ignored it,” said WP is one of the senior officials.

The Washington Post reports that the national security Council the United States opposed the idea of a bilateral summit and didn’t take trump’s words as an order.

“They decided, let’s wait and see whether he will raise again this question”, — said the interlocutor of the edition.