MOSCOW, 17 Jun — RIA Novosti. The international Finnish-Russian team discovered in the Gulf of Finland the place of death of a military vessel and identified it as one of the legendary ships of the Russian Navy — destroyer “Novik”, told RIA Novosti on Sunday, the leader of the expedition “a bow to the great Victory ships” Konstantin Bogdanov. 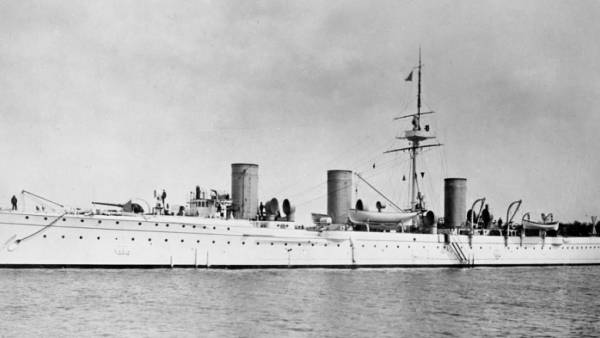 By the time of commissioning in 1913, “Novik” was the fastest ship in the world, a frequent participant in almost all the fighting in the Baltic during the First world war.

“The joint project Finnish search team SubZone and the Russian expedition “a Bow to the great Victory ships” near Cape Juminda discovered the place of death of the destroyer “Novik”. The ship lies at a depth of 75 meters in the middle of the Gulf of Finland. Body broken into two parts as a result of blasting on a mine. The bow of the inverted keel up, and feed with guns and superstructure on an even keel, at the stern clearly read the name of the ship at the time of death — “Yakov Sverdlov” and the coat of arms of the USSR”, — said Bogdanov.