Ukrainian General urged “to cut off” the Crimea

MOSCOW, 15 Nov — RIA. News. Former chief of the General staff armed forces of Ukraine Anatoliy Lopata stated that Ukraine needs to turn Crimea into an island, and dig a channel at the border. He told about it in interview to “Observer”. 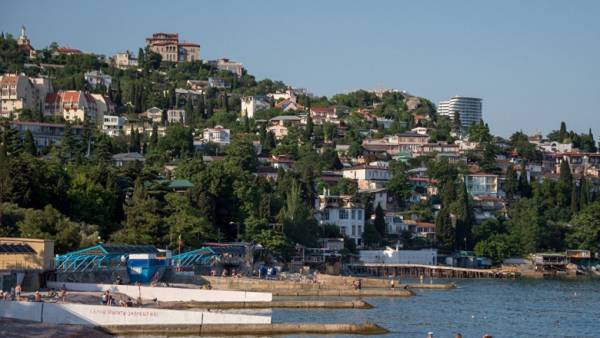 “We can come up with a completely different side, cutting off the Crimea from the land. And make it an island. This idea I like,” said the General.

Therefore, the commander decided to fight the “domination” of Russia in the water area of the Crimean waters.

According to him, non-existent until the canal shall pass any vysokotochnye ships. The military said that the channel should be about one hundred meters in width.

According to the Shovel, this will allow Ukraine not only to gain access to the sea, but also to control the territory “from Mariupol and on.”

This is not the first such initiative of the Ukrainian authorities. So, in may 2015, Arseniy Yatsenyuk, who served as then Prime Minister, announced the beginning of construction of “real border” with Russia. The project called “the Wall” and later at the suggestion of the Prime Minister was renamed the “European Val”. Despite the loud name, a fortification is a wire mesh fence, barbed wire and ditches. In Parliament the “Wall” Yatsenyuk dubbed the “garden bars” and “hole worth four billion”.