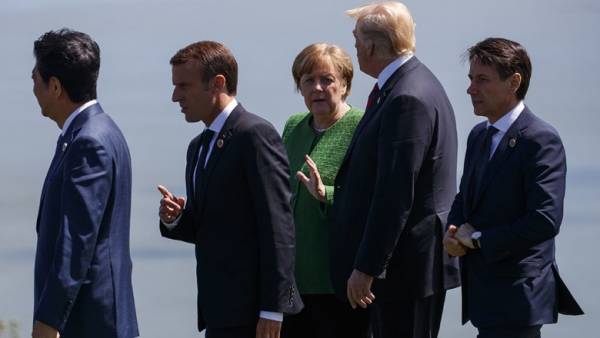 About this newspaper the Wall Street Journal said a number of diplomats from countries of the Old world.

Trump publicly accused Juncker of “murder” for the fines that the EU has imposed on American manufacturers. The passage regarding the basing of the extremists in the French capital was made during a discussion of methods of combating terrorism — according to trump, the Makron for this reason, “familiar with the situation firsthand”.

Also got under the hand of the Prime Minister of Japan Shinzo Abe. Discussing the immigration crisis in Europe, trump said that for Tokyo, this problem is irrelevant, but it can send 25 million Mexicans, “and you will very soon lose his post”.

Immediately after the summit trump wrote in his Twitter that he instructed us not to sign from the United States the final communiqué because of the false statements made by the Prime Minister of Canada Justin Trudeau made during his press conference.