The pension will have to pass the session

As it became known””, one of the subjects of discussion at a seminar for Vice-governors on internal politics in the Old square were made possible social protests amid the government’s proposed measures to raise the retirement age. The main provisions of the pension reform was explained to the officials the Deputy Prime Minister for social Affairs Tatyana Golikova. The state Duma has prepared materials about how the deputies of “United Russia” it is better to answer the questions of voters on this topic. At the moment, began collecting signatures on a petition against raising the retirement age, including the portal “Russian public initiative”. 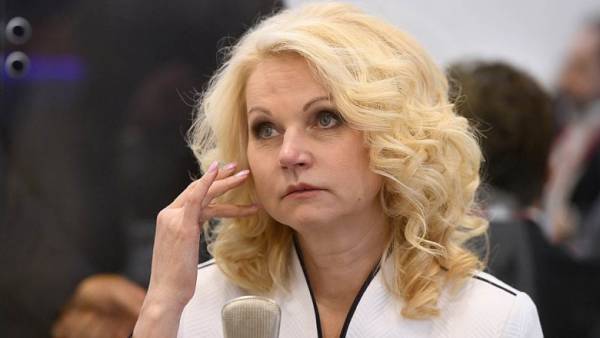 The start of a presidential administration (PA) seminars, “Kommersant” reported the day before. Arrived in Moscow the officials in charge of domestic policy in their regions of the Russian Federation, their training on the Old town square will last for several days. One of the senior Yaroslavl United Russia doubts that a single installation at the upcoming September 9 elections can be effective. “They go in very different regions,” he said. The subject of discussion was not just about elections.

According to the AP close to the source “b”, “in the framework of seminars held and the meeting about the possibility of social protest: the Vice-governors were directed to avoid tension in connection with the situation on pensions and gasoline”. The question whether this is so, the Vice-Governor of St. Petersburg Konstantin Serov said “Kommersant”: “the Topic you have identified, no comment.” Vice-Governor of one of regions of Central Federal district praised the correspondent of “b” for the question about pensions, but declined to comment. Before officials made Tatiana Golikova, which in the new government oversees the social block. She explained the main parameters of the forthcoming pension reform, confirmed the “Kommersant” in its Secretariat. “The decision difficult, but necessary, — told the Deputy Prime Minister said one of the officials.— There are nuances that people need to explain that.”

In the state Duma expect the bill on pension reform will be introduced on 16 June, the Council of the lower chamber plans to consider the matter on June 18 and guide the initiative in the newsletter (to receive feedback, including from the regions). According to the speaker of the state Duma Vyacheslav Volodin, “reform is needed, if you do not make any decisions, it is inevitable there will be actual reduction in pensions.”

The ideological preparation for the work on the project goes. For clarification of the forthcoming reform, according to a source “b” in AP abstracts, especially for the leaders of public opinion.

For example, raising the retirement age is a “General trend” concerning the countries of the CIS and Europe, and its necessity is associated with “increased life expectancy” of citizens, which increases the burden on the pension system. According to the interlocutor of “Kommersant”, is also statistics: pensioners in Russia 31.7% of the total population, and Russians of working age they have more and more.

Untapped resource, according to the same thesis is “mentoring” retired on the job. And the last argument in favor of reform allegedly is this: pensions are not covered by the 5 billion people in the world, including in Africa, China and India.

According to two sources “Kommersant” in the state Duma, deputies of the faction “United Russia” handed out teaching materials, where in the form “question-answer” also explains the need for pension reform. “The thesis about Africa I don’t remember, but for members also cite the examples of reform in other CIS countries, and demographic statistics, which shows how the country’s workers and pensioners,” said one of the Duma of the interlocutors “Kommersant”.

Communist party leader Gennady Zyuganov has suggested to hold a referendum on the subject of raising the retirement age. Collects last week signed a petition on the website Change.org the all-Russian Association of trade unions “Confederation of labour Russia”. The authors appealed to the President of the Russian Federation, the government and Federal meeting with the requirement “not to admit increase of the retirement age, to begin a broad discussion of a set of economic measures that could raise the living standards of the population and solve the problem of filling the pension Fund without raising the retirement age.” When June 14 came the information that the White house approved a phased increase in the retirement age, the trade unions have already supported more than 180 thousand people, by Friday evening the number of those who signed the petition exceeded 400 thousand, “We are confident that in the course of socio-economic development of the country should not deteriorate the achieved in the past social standards and guarantees, — the authors of the petition.— While maintaining the demographic trends in Russia as a whole, to 65 years will not survive 40% of men and 20% women.” Several petitions against raising the retirement age was also published on the website “Russian public initiative”, they have collected 3,5 thousand to 7.5 thousand.

The decision to take on the responsibility for the revision project was announced by the Secretary of the General Council “United Russia” Andrey Turchak: party organizes regional discussions, appointing responsible for legal support of reforms. In the discussion under critics will try to bring the head of state. Press Secretary of the President Dmitry Peskov said that Vladimir Putin did not discuss the draft pension reform: more to be “expert exchange”.