The former head of the campaign headquarters of U.S. President Donald trump by Paul Manafort taken into custody in the courtroom. About it writes The Guardian. 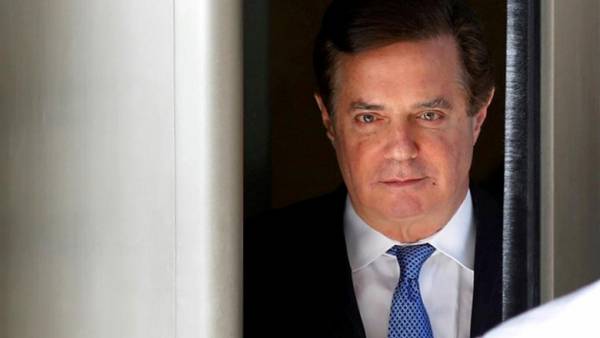 Earlier Manafort was accused of violating the law on registered as a foreign agent to lobby the interests of Ukraine, tax evasion and laundering at least $30 million through his business partner, Richard gates. Later, gates pleaded guilty to conspiracy against the United States, and the next day testified against Manafort.

The investigation against Manafort part of the investigation about the so-called Russia’s intervention in the US elections in 2016. Lawyers Manafort note that spectracolor USA Robert Mueller was unable to provide any evidence that their client had somehow communicated with any Russian representatives.

The investigation of the alleged intervention of Russia in the U.S. presidential election of 2016 continues. At the moment the charges brought against 19 persons — five citizens of the United States, 13 Russian citizens and one Dutch.

Earlier, on 7 June during a “straight line” President Vladimir Putin said that the endless accusations of the West against Moscow are the wrong policy.