Canadians are boycotting goods from the United States after the attack on Trudeau trump, told the media

MOSCOW, 15 Nov — RIA Novosti. Many Canadians began to boycott American products and to refrain from traveling to the United States after the deterioration of relations between U.S. President Donald trump and the Prime Minister of Canada Justin Trudeau, the TV channel CTV. 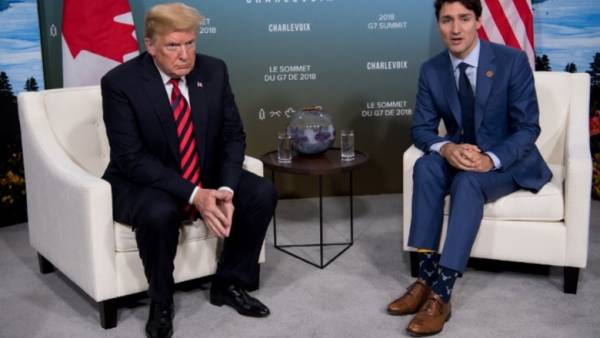 The differences between the trump and the canadian government escalated last week when trump had included Canada in the list of countries against which introduced protective tariffs on steel and aluminum. Also stalled negotiations in the U.S., Canada and Mexico on updating the free trade zones of NAFTA, which insists trump. Last week, trump openly criticized the Prime Minister of Canada Justin Trudeau, accusing him of “unfair” trade barriers against the United States.

As the channel, the Canadians began to use social media hashtags #BuyCanadian (buy canadian), #BoycottUSProducts (boycoting American products) and #BoycottUSA (boycoting USA), with which users are encouraged to use the purchasing power to “defend the honour of Canada.”

So, according to the channel, the Canadians began to abandon us products: California wines, oranges from Florida, Bourbon from Kentucky. They also announced a boycott of American brands such as Starbucks, Walmart, and McDonalds.

“In the last few days there has been increasing Patriotic sentiment,” said Trudeau on Tuesday at an event for farmers.