Ukraine has said that Crimea has always been “other”

MOSCOW, 14 Jul — RIA Novosti. The Crimea has always been the “other” part of Ukraine, said in an interview with “Obozrevatel” the head of the Transcarpathian region Gennady Moskal. 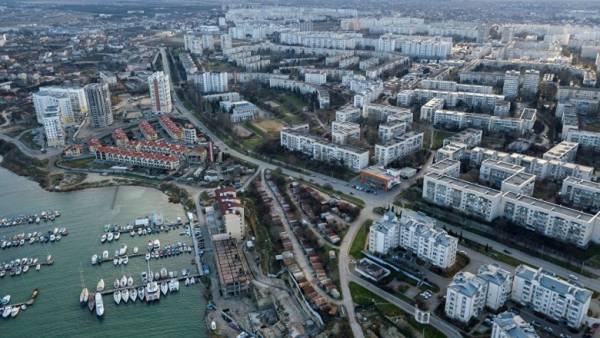 “He was a stranger to Ukraine. Crimea to Ukraine — it was such a offshore area, where they laundered all the loot, stolen goods. All the land turned into a pile of earth. Build houses, palaces, in summer, there are “top” — everyone who had money,” he said.

Moskal said that on the Peninsula in Ukraine, “he recalled in July and August, and 1 September all about him were forgotten.”

“The Verkhovna Rada shouted that land illegally buying, home building, but no test found nothing. When I was there, was about ten inspections of the Prosecutor General’s office without results,” — said the Governor.

Earlier, the Ukrainian journalist Yuri Tkachev appreciated the opportunities of Moscow and Kiev to include the Crimea and came to the conclusion that the Ukrainians can not be called a Peninsula. According to his calculations, Russia is ready to spend on development of the Crimea in the times more, than Ukraine. At the same time Kyiv has no money even to maintain order in their own infrastructure.

Crimea became a Russian region on the basis of a referendum held in March 2014, after a coup in Ukraine. For reunification with Russia voted 96,77% of voters of the Republic of Crimea and 95.6% of Sevastopol citizens.