Moscow. June 15. INTERFAX.RU — She was not allowed to dispose of securities, the term of arrest expired in early spring. 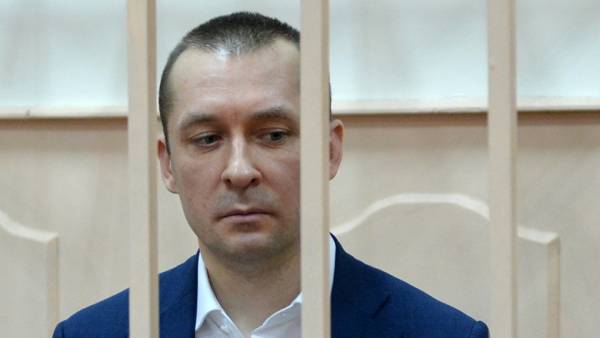 “The statement of claim was submitted to the Zamoskvoretsky court of Moscow. My doveritelnyi asks the court to declare illegal the refusal of VTB in the company’s securities listed on the securities account of one of the branches of the Bank, and to oblige the Bank to provide an opportunity for them to use and dispose of. In addition, she sought to recover in its favor 300 thousand rubles as compensation of moral harm,” said Karabanov.

According to him, we are talking about securities bonds for a total amount of almost 209 thousand dollars in November 2017 with the approval of the Basmanny court of Moscow was seized in the criminal proceedings against Zakharchenko, was completed in early spring.

“In March Semynina went to the Bank, however, to dispose of the bonds could not. Orally, the employees of the Bank refer to the need to obtain the permission of the investigator, contrary to the law. The expiry of the arrest period by order of the court is an independent basis for the removal of all possible restrictions without any authorization documents”, — said Karabanov.

We intend on revealing this example of abuse to make us think of bankers that its work should be guided by the current legislation of the Russian Federation, instructions of the Central Bank, not a wishlist of the investigative apparatus.Alexander Karabanovo Marina Zakharchenko

The former acting head of the “T” anti-corruption Central Board of the Ministry of internal Affairs Zakharchenko is accused of bribery (part 6, item 290 of the criminal code) and obstruction of justice (part 3 of article 294 of the criminal code). From 10 September 2016 he is in custody.

In December last year Nikulinskiy court of Moscow satisfied the claim of Prosecutor General’s office on the treatment of income state of cash and property close to Zakharchenko, totaling about 9 billion rubles. One of the lawsuit was made by Saminina. In March 2018, the Moscow city court recognised this decision lawful.