Future retirees will again save the current

Pausing in the workplace. 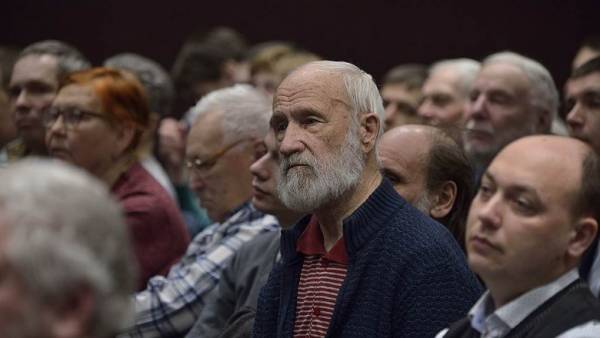 The government announced new parameters of the pension age in Russia — it will grow by five years for men (65 years) and eight women (to 63 years). The main declared goal of the reform is to improve the well — being of current retirees, the rate of increase of pensions which will be doubled. It is unclear how long will be the flow of additional funds from this decision — to abandon promises not to raise the retirement age demanded an increase in life expectancy is already retired, and this scenario even with the reforms continues to be implemented.

On Thursday, the government approved raising the retirement age in Russia. The reform will begin in 2019 and will affect almost all groups of pensioners. Exception — military retirees, for them, the new settings will be determined later. For most Russians, the retirement age will increase by five (for men from 60 to 65 years) or eight years (for women — from 55 to 63 years). Reform will be gradual, the transitional period for men will run from 2019 to 2028 for women — from 2019 to 2034.

The first will be the men born in 1959 and women born in 1964 — they will be eligible to retire in 2020, 61 and 56 years old. At the same time, the government suggests for everyone who has extensive experience (40 years for women and 45 for men), the possibility to retire two years before the new boundaries.

Raising the retirement age and expects a substantial part of the employees entitled to early retirement. The special requirement of length of service for educational, medical and creative workers remain (from 15 to 30 years), but the minimum age at which they will be able to experience this pension will grow for 8 years (now the average they retire at 50 years). For those working in the far North and equated to them (now the men can retire at 55 years, women 50 years), retirement age will increase by 5 and 8 years, respectively. The project also offers 1 January 2020 to increase the speed of raising the retirement age for civil servants — on a year to year. Will change the release date on the social pension, it will now be appointed not 60 or 65 years (women and men), and 68 and 70 years respectively.

As stated on Thursday by Deputy Prime Minister Tatiana Golikova and Minister of labor Maxim Topilin, the goal of reform is to increase pensions. The head of the chamber Alexei Kudrin noted that the pension reform is really overdue and the government’s decision is beneficial for citizens — at the expense of him till 2030 the standard of living of pensioners will increase by one third. However, the decision was clearly forced and for many years was postponed due to high oil prices. We will remind, in 2005 Vladimir Putin has publicly stated: “While I am President, raising the retirement age will not.” Obviously, then, neither is the increase in life expectancy in Russia, nor the current demographic circumstances are just not supposed to — like changes in the Constitution on the length of presidential terms.

According to Yuri Gorlin, the Deputy Director of social security Institute of the Ranepa, the issue of using funds saved as a result of the reform remains open. “It is necessary to take into account the intermittent effect of this saving in one year will retire a million people less, another more. You must create a separate reserve Fund for the pension system, which would allow to smooth out fluctuations in the value of pension points,” he says.