As the prototype of Bulgakov Woland saved Freud from the Nazis

In June 1938, the founder of psychoanalysis Sigmund Freud fled from Vienna, where the Nazis held sway in London. 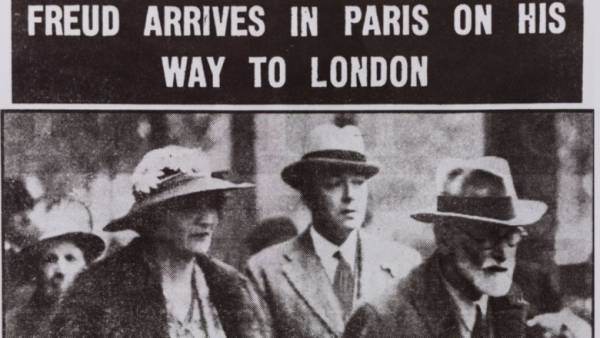 To save the life of a family of 82-year-old scientist helped his friends: pravnuchataya niece of the Emperor Napoleon and the American diplomat William Bullitt, who according to one version became the prototype of Voland — chief of the infernal character of the novel “Master and Margarita” by Mikhail Bulgakov.

Correspondent of Russian service bi-Bi-si Jesse Kaner asked the historian, literary critic and culturologist Alexander Etkind from the European University in Florence to tell us more about this historical episode.

Professor Etkind is the author of the books “Eros of the impossible. The history of psychoanalysis in Russia” and “the World could be different. William Bullitt in trying to change the XX century”.

Alexander Etkind: Freud, as we know, was a Jew, and Austria captured by the Nazis. This was the famous Anschluss, that is, the occupation of Austria by Nazi troops [March 13, 1938]. In Vienna began the arrests and deportation of Jews to concentration camps.

But it happened gradually, and all those who were richer could redeem themselves and their families, and property. They were all on their prices.

Thus, paying the new Nazi authorities in Vienna a certain amount of money, people could emigrate.

Bi-bi-si: just buy a ticket on the train and it was impossible to leave?

A. E.: No, that was impossible because the Nazis at the time regarded the Jews as a source of income. And it was expensive. All was its price: at family, servants, property, library.

If I am not mistaken, this was done by the new city hall of Vienna. Was your officials who came were negotiated and developed cost estimates, evaluated all of this for every family that wanted a way to go.

There were families who went simply by buying the ticket before the Anschluss. But many, when faced with a threat, ignore it and stay till the end. Freud was one such person. After the Anschluss he still believed that everything will work out.

Freud refused to leave until his daughter Anna was arrested by the Gestapo. She spent the night there, and nobody knew what would happen: would torture her, arrest her, they’ll put you, send you to a concentration camp, even coming back. It was a night of panic. She was questioned and released. Then Freud finally decided to leave, and began negotiations with the Nazi authorities.

Another problem for Freud was that he was in debt to his publishers the psychological literature, which years, decades even, has published books on psychoanalysis. To Freud it was necessary to pay debts before paying compensation.