Yakubovich complained of “come to eat” to “Field of dreams” Russians

Leading the capital-show “Field of dreams” Leonid Yakubovich during a meeting with youth at the St. Petersburg festival of science fiction and science “StarKON-2018” complained about the behavior of the program’s guests, who, after filming swept away everything in its path for treats on the drum. Its words transfers “Komsomolskaya Pravda in St. Petersburg”. 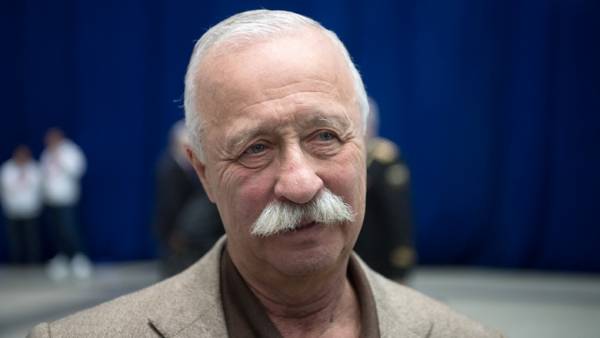 Present at the meeting, the reporter noted that the presenter did not want once again to talk about the “Field of dreams” and agreed to answer only one question about: “Where does the grub?!”.

Report. We printed 150 tickets, but I’ve never in 27 years seen in the room was 150 people. This is usually 300-400, and thousands more! I checked all tickets. How this is possible, is unclear. As soon as the shooting, I have only one task — to have time to jump out of the Studio. Because all rush to the drum and eat what’s brought.Leonid Yakubovich

Guests cakes to stuff in the pockets, put them in his bosom, says the observations of the presenter. “Something incredible. Administrators just yelling: “Caution, children do not crush!” I have the feeling that they come there to eat. All swept away”, he concluded.

In the conversation leading capital show said that “man for pickles will sell the Motherland”.

Due to the extra weight Jakubowicz suffered from high blood pressure and high blood sugar. The decision to lose weight he took on the eve of one of the holidays, not wanting to let his wife and daughter blush for him on the beach. As a result, he dropped 24 pounds, and now weighs 78 pounds.

In February, the statement Jakubowicz against participants of the “Field of miracles” caused a scandal. The presenter said that advises participants to perceive the transfer as a game, and the opportunity to send greetings to your loved ones, as seriously to guess the word letter by letter for two hours in front of the whole country — a “diagnosis” and “schizophrenia”. Later, the broadcaster said that the hype around his comments raised the unscrupulous media who are not familiar with the original.