The richest Deputy of Omsk detained in the case of gas

He is suspected of fraud at 1.4 billion rubles. 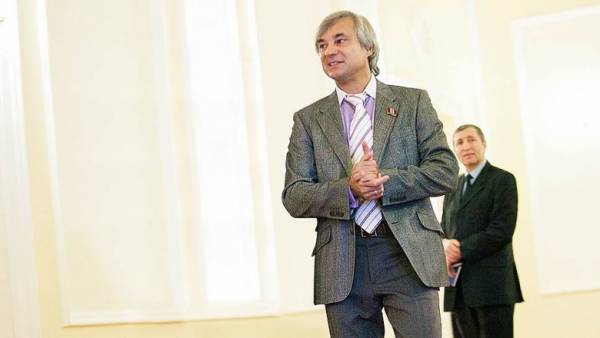 In Omsk detained a Deputy of the regional Parliament from the “United Russia” and Chairman of the Board of Directors of the holding company “the Action” Sergey Kalinin. He is suspected of fraud with the tariffs for transportation of gas for the population, the amount of the alleged damage amounts to 1.4 billion rubles. it is Expected that on Friday the court will consider the question of the measure of restraint for the richest Deputy of Omsk legislative Assembly: his declared income for the year 2017 was over 245,9 mln.

According to sources, “b”, on Thursday, the security forces came in one of the most prestigious hospitals in the city, where on June 7 he was a Deputy of the regional legislative Assembly of the 54-year-old Sergei Kalinin. The patient Kalinin, who was given the VIP-the chamber, announced the arrest of 48 hours and was taken to the investigation Department. After questioning the businessman was sent to a temporary detention facility (IVS). It is expected that on Friday, Sergei Kalinin was charged, and the court will elect a businessman the measure of restraint.

The second defendant in this case is a Director of the company “Oschuschat” Alexander Orlov, who, according to some accounts a son-in-law the Deputy of the state Duma Andrey Golushko: Mr. Orlov is married to the sister of MP. June 9 the Central regional court of Omsk Alexander Orlova was placed under house arrest.