VLADIVOSTOK, 14 Jul — RIA Novosti. The authorities of Primorye promised under the law to help orphans on hunger strike in Vladivostok, and to provide housing for Sinaia. 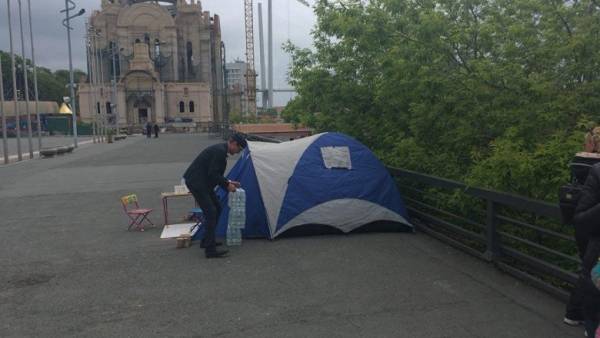 Before a few people started a protest in the Central square of Vladivostok. They are all orphans, standing in the queue for an apartment. In the regional administration reported that the Vice-Governor Irina Manuilova 8 Jun met with the orphans which stand in a queue on receiving apartments. Also in may, met the acting Governor of the region Andrey Tarasenko, he has sent proposals to the President of Russia Vladimir Putin, presidential envoy to FEFD Yuri Trutnev, the Minister of internal Affairs of Russia Vladimir Kolokoltseva on amendments to the rules of registration of Russian citizens.