Saratov scientists have tested a live vaccine against plague

And found a way to assess the success of such vaccination. 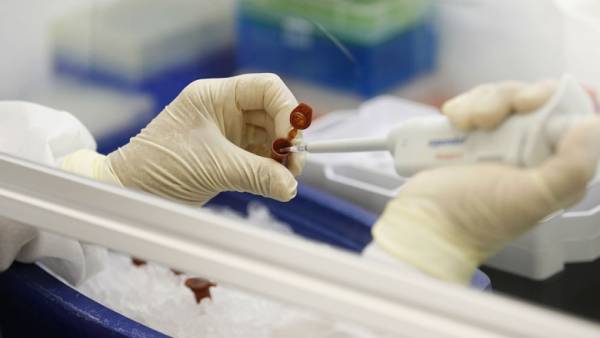 Employees of the Saratov branch of the Federal research center of Virology and Microbiology of the studied antibodies and the mechanisms of cellular immune response activates the live plague vaccine in humans. They found that the presence in the blood of subjects of specific antibodies to the protein of the Pla (the plasminogen activator plague) is a reliable indicator of successful vaccination. A scientific paper published in the journal PLoS Neglected Tropical Diseases.

Plague is an infectious disease caused by the bacterium Yersinia pestis (plague Bacillus). The infection is transferred by fleas living on rodents, including abundantly inhabiting the city rats. Historically, plague destroyed millions of Europeans. Over the past few decades the number of cases of infection have been significantly reduced through vaccination.

However, the disease is still common in developing countries. In order to prevent its spread, you need to understand how the plague vaccine, and to increase its efficiency.

Saratov biologists began extensive work to identify the mechanisms of action of live plague vaccine. For this they took blood samples from 34 volunteers 26-72 years, repeatedly vaccinated against distemper by rubbing the slurry of microbes living in specially damaged skin, as well as from 17 healthy unvaccinated people of the same age.

Later the people of the first group were divided into those who were vaccinated less than a year before the blood test (13), and those who were vaccinated for the year and more to participate in this study (21). Scholars interested in the status of the mononuclear lymphocytes in the blood of subjects. These cells provide immune response to the invading organism of different bacteria, including Yersinia pestis.

Researchers have determined what quantities of mononuclear lymphocytes from vaccinated and unvaccinated plague citizens secrete substances that help to fight bacteria: the gamma interferon (IFN-γ), tumor necrosis factor alpha (TNF-α) and interleukins 4, 10 and 17A. Before determining the content of the mentioned molecules in mononuclear blood cells were purified from traces of live plague vaccine — Yersinia pestis cells and their fragments. In each test obtained from the “purified solutions” mononuclear lymphocytes added protein Pla — plasminogen activator plague, Yersinia pestis enzyme, contributing to its spread in the infected organism, and suppression of the immune response in Yersinia pestis.