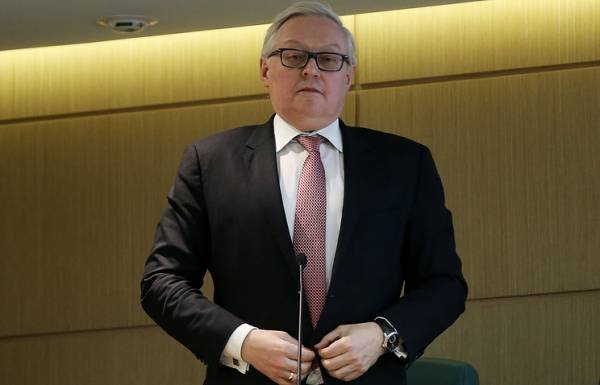 MOSCOW, June 14. /TASS/. Moscow considers it premature to begin the process of global nuclear disarmament, to approach this question it is necessary to take a sober and realistic. This was stated on Thursday by Deputy foreign Minister Sergei Ryabkov at the conference “50 years since the opening for signature of the Treaty on the nonproliferation of nuclear weapons: progress, challenges and prospects”.

He noted that it was “too serious, very complex and vitally important process to allow here to bring emotions”.

“The cessation of production of nuclear weapons, the destruction of all existing stockpiles, and the elimination of nuclear weapons and their delivery vehicles from national arsenals by definition cannot be done in isolation from efforts to conclude a Treaty on General and complete disarmament under strict and effective international control,” – said Ryabkov.