Repression on storage and digitization

MIA explained how the office handle account cards on prisoners in Soviet times. 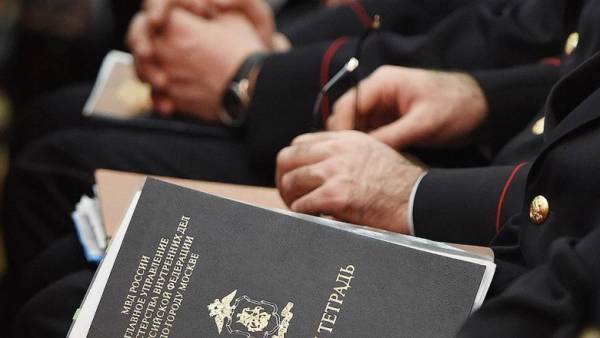 The interior Ministry of Russia reported that registration cards of all prisoners, including those repressed in Soviet times are subject to digitization, and cards for those convicted under political articles must be stored permanently. Documents for other criminal offenses are kept prisoners until reaching a certain age, and then destroyed, this period may be extended if the cards have scientific and historical value. Why was destroyed the peasant Feodor Chazov, who was convicted as a “socially dangerous element”, the interior Ministry has not explained. In the Ministry say that they are checking.

The press service of the Russian interior Ministry has provided a response to the request “b” about how the Agency keeps records on prisoners in Soviet years. We will remind, at the end of last week, the Director of the Museum of Gulag history Roman Romanov addressed to the head of the presidential Council of the Russian Federation on human rights Mikhail Fedotov to find out why Ministry of internal Affairs in the Magadan region were destroyed registration card to the peasant Feodor Chazov, repressed and sentenced to the camps.

In response, the Information center of the regional Ministry of internal Affairs sent to the partner Museum, researcher Sergey Brodowska said that the card was destroyed in September 2014 on the basis of the inter-Ministerial order “for official use only” on February 12, 2014, which requires you to store such documents to prisoners reaching the age of 80.

Mr. Romanov stressed that it is unknown how many cards had been destroyed thus, but this will have catastrophic implications for the work of past researchers. Furthermore, it is known that the Supreme court addressed a resident of the Moscow region Nina Trushina with the complaint that the card was delayed relative to destruction, but the court decided that the secret order does not violate her rights.

In a press-service of the MIA of Russia explained that they always keep records “on individuals subjected to criminal prosecution for crimes relating to, or previously belonged to the state,” including rehabilitated.