This tradition is so deeply rooted in the culture of modern Norway, in 2004, “dugnad” declared word of the year here. Why free labor so popular? 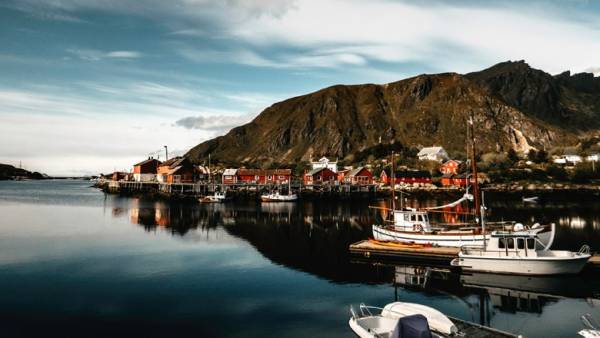 This tradition is so deeply rooted in the culture of modern Norway, in 2004, “dugnad” declared word of the year here. Why free labor for the good of society so popular?

…Was the eve of the national holiday — the Constitution Day of Norway, and people all over the country rolled up their sleeves to help clean up and then celebrate 17 may as it should be. In the school yard in the town of Sogndal gathered the parents of the students had to prepare everything for tomorrow.

Six of the mothers took over the leadership of this important operation. Two fathers, one of whom is a refugee from Eritrea, was carried out of the school building, tables and chairs. A group of parents decorated the yard with birch branches and flags. Other took out the trash.

Several parents asked the organizers of tomorrow’s holiday, what games will need to play with the kids. “Just try, that all was well”, — answered them.

Before you ultimate dugnad. This Norwegian word literally means “help” or “support”.

Custom joint work for the benefit of society has roots in Norwegian history, but in the particular form it once existed in most agricultural communities around the world.

In Norway, dugnad traditionally been used in such major works as the grubbing of stumps, harvesting hay and building houses — and ended with a feast for the whole village.

For a nation of peasants and fishermen dugnad was a kind of public insurance program. People selflessly helped each other, and as a result everyone knew — if need be, you will always help.

The tradition is so ingrained in the culture of modern Norway, in 2004, “dugnad” declared word of the year.

“Last week I had four dugnad — my kids play soccer for four different teams, told Hannah Hoff, one of the organizers of the school holiday. Next week I have to work the garden dugnad”. She sees no problem in having to work for free. “It unites parents, and it is a great feeling we’re doing something together for our children”.

In the cities of dugnad is usually cleaning and care of trees in housing cooperatives.

Dugnad — a common occurrence in nurseries and primary schools, where it is often needed minor repairs. Rural neighbors often help each other to repair houses or garages.

As for sporting events, then there’s the matter of honor of every parent to support your child, like my own appearance, and a specific case. Sports dehnadi often help little poorer teams to save money on transport, drinks, judges and medical staff. For them it is an important resource, among other things, strengthening of community, team spirit.

But sports dugnad can take on more impressive dimensions. Yes, in Norway of around 5.3 million inhabitants, but this nation is famous for its athletes and world records.