What can a new US nuclear weapons?

The United States under a new military doctrine serves a “low power UPS” that can break the containment system. 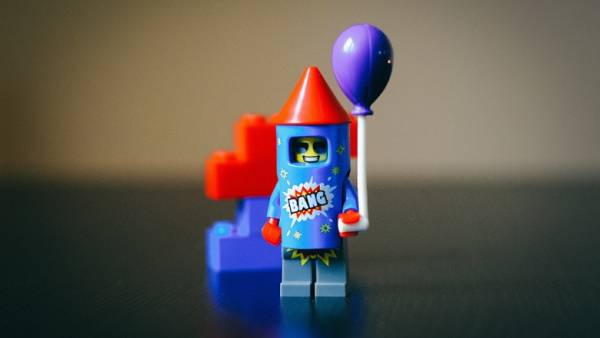 United States of America in February of 2018 announced the adoption of new doctrines in the field of weapons of mass destruction. Now the Pentagon will rely on so-called “low-yield” warheads and strike a “limited nuclear strikes”. Magazine the Warrior Maven 4 Jun revealed what these new weapons: they will be launched from ships and submarines and incur a charge of up to five or six kilotons of TNT. Expert of the Bureau of political-military analysis, graduate of the Military University of radiation chemical and biological protection Nikolay Kosticin and head of the sector of problems of regional security RISS, independent expert Igor Nikolaichuk told the “Storm” how dangerous “low-yield” nuclear bombs and missiles and what is the consequence of their use.

The new nuclear doctrine of the US defense Department has published 3 February 2018, after it was signed by President Donald trump. “It underscores our commitment to arms control and nuclear non-proliferation, maintaining the moratorium on nuclear testing and is committed to the prevention, detection and response to nuclear terrorism”, — said the head of the American state on the same day.

On the modernization of the Arsenal of mass destruction in the United States was conceived back in the early noughties. Recent changes in the nuclear triad has made the administration of George W. Bush in 2002, they dealt mainly with planning attacks, not weapons themselves. Earlier, during the confrontation between the USSR and the USA nuclear missiles could fly only with the Union on the territory of the States or Vice versa. Some weapons were aimed at American bases in Europe. However, after the collapse of the Soviet Union, the Americans for a long time wanted to make their nuclear forces more mobile in the choice of goals.

In its nuclear doctrine, the Americans said clearly: Russia is not the Soviet Union, she has no right to be the only Central element of nuclear stability in the world, which was in the Soviet Union. In this regard, they put forward the new concept of “multilateral deterrence”.Igor Nicolaitanism expert

Washington wants to be able to target its missiles at anyone and as quickly as possible. “Now it is necessary to restrain Russia, and flexible in all directions, who suddenly have”, — said the expert.

This is not so simple. The world community would not understand the United States if they had sent powerful rockets capable of erasing from the face of the earth several cities, small countries. The thought of this dread weapon, the United States began to develop “low-yield” warheads, or, as they called Nikolaychuk, “fly swatter”. “As if they don’t scare anybody, nothing promise,” — said the expert.

Death for airbases and small towns

“Fly swatter” will incur a charge of five or six kilotons of TNT. For comparison, on Hiroshima in 1945 was hit by a bomb with a charge of 13 kilotons, killing 90 to 166 thousand people. On Nagasaki three days later, the Americans dropped a 21-kiloton bomb, but the victims have been less: from 60 to 80 thousand, but the population there was significantly smaller.

However, if you hit targets on the plains, the damage from even a “low power” of the rocket is enormous. The charge capacity of five or six kilotons is the complete destruction of everything within a radius of 500 meters and a distance up to four kilometers of unprotected people can get third degree burns. Then followed by a radioactive cloud and soil contamination.

Conditional Rybinsk this charge was buried, and Washington, too: everything is open. Or some fish production can be ignited. Or, as hinted at by Victor Pelevin in one of the latest books: the explosion can be carried out locally in the oil reservoir, make radioactive contamination to the oil industry to bury until then, until radioactivity is reduced to acceptable values. Will have to wait a long time.Nikolai Causticiser Bureau of political-military analysis

“Fly swatter” Americans will focus on tactical targets, experts believe. They can destroy massive concentrations of troops that are going before the strike. Usually the military has “deceptive” maneuvers in this case: for example, to install multiple collection points, and the present to reveal only at the last moment. However, the advantage of “fly swatter” that you can make them a lot and run for all possible purposes to strike at all “about” so that will touch and “true”.

“If you go bad, Bang on our pipeline. He will not only be unable to transfer fuel, but it will be impossible. The airbase in Latakia such a charge will last, no question, and US military bases enough of these five or six kilotons” — said Casticin. In the case of such “limited strike” the best targets — military bases, military camps and small towns up to 50 thousand inhabitants. The expert added that if Russia will be such “fly swatter”, using them would destroy the American carriers and their escorts with one blow, but not touching at this port city.

The experts of the Bureau of political-military analysis, dealing with the collection and synthesis of information for most contemporary conflicts, said the “Storm” of yet another threat posed by “low power” weapons: “point charges”. A small suitcase with a nuclear charge in the same five or six kilotons can be discreetly delivered to the affected area.

Of such weapons said in late Soviet era, they appeared in a movie about spies, but seriously no one has developed similar because of the threat of terrorism. Too easily such weapons can fall into the hands of extremist groups. Enough the mere mention of these suitcases to intimidate opponents. “I have no information that we have similar means are adopted, but I can’t say that we have no such. In principle, it may be: technologically, to make it easy,” — said the expert, BUPA Nicholas Casticin. In addition, the emergence of “fly swatter” can really make producers of nuclear weapons to think about creating and these subversive weapons.

Potential targets in such a situation can be even more than in the case of “low-yield” warheads. “If their (suitcases) to place a point in the United States, five to seven kilotons, a small town can bury. But if it’s near the dams will occur… Various options mining can be used to monitor the existing security system may not be able”, — noted Casticin.

Have a easily portable suitcases with nuclear warheads before warheads has a great advantage: they can be delivered discreetly, no one will destroy the targets, and they may lie long enough, waiting for the explosion. “There were cases when the terrorist attacks, when the construction of the stadium was placed (non-nuclear) warhead. When a person turns at the right time in the right place, everything is set in motion. So, judging by unofficial conversations, was killed Akhmat-Khadzhi Kadyrov,” — said Casticin. If we replace the usual nuclear charge, the complexity of such operation will not change, but the explosion will be much more terrible.

Under even greater threat — threat production. Kostigen noted that in the city of Gorlovka, located on the territory of the self-proclaimed Donetsk people’s Republic, there are plants of the concern “Stirol”, which deals with production of fertilizers and other chemical industries. Settlement and so often fired at, the destruction of these objects and conventional weapons very negative impact on the environment.

Imagine a large tank of highly potent toxic substance. A hit can trigger the release of subsequent contamination. At these sites the production culture such that there is once again not to sneeze. If there is something else to use to trigger the release, you can say “goodbye”: the earth will be dead. Moreover, depending on the wind direction, will not find any of the parties. It’s a game of Russian roulette.Nicholas Kosticin

“Fly swatter” and “Executive” are not taken into account in international treaties on disarmament. The agreement, which assumed that nuclear weapons will never use because of its dangers, made no sense. Power charge in these contracts is never mentioned: at that point the superpowers were worried about delivery vehicles and warheads. The Americans declare that neither the INF Treaty nor the start-3 they will not break. They take existing warheads capacity of 100 kilotons of TNT, would deprive them of thermonuclear fuel (lithium and deuterium and uranium) and leaving only the direct charge, transplanted arms to missiles for ships and submarines.

More warheads will not, say in the United States. Given the fact that Moscow and Washington still from 2016 began to accuse each other of violations of non-proliferation treaties, are unlikely to track whether there will be Americans faithful to his promises.

In the new nuclear doctrine of the United States says that a “low power” weapons you plan to use in both nuclear and non-nuclear facilities. “They said they use it even in the case of a full-scale aggression against the United States, their allies and their partners. Hell knows who they have there partner. Honduras will go to war with Nicaragua, and the United States say that Nicaragua their partner, and recoil nuclear bomb on Honduras” — gave an example of Nikolaichuk. So the US destroys the logic of deterrence, which worked during several decades. Russia in response to the actions of the United States issued a warning: if such a blow will be inflicted on its troops, it will be perceived as a full-scale nuclear attack.

Not necessary, however, to assume that the United States pursue aggressive goals, modernizing its nuclear triad in this way. Weapons really are in a bad state, since the financing of this sector greatly reduced after the collapse of the USSR. “On the technical side, everything is clear: trump wants to feed the military industrial complex, because they did not invest the money in modernization of nuclear forces,” — said the “Storm” Nikolaichuk.

To maintain the triad of Washington now a year spends 7% of the defense budget, the biggest expenditure of the United States. “Now the world spins this carousel, which is necessary to justify the cost of the military budget. This is not new: during the war with Iraq was such a policy, and during the conflict in Yugoslavia. There is an opinion that these wars start because you need to upgrade, you need through Congress to break through the allocation of funds”, — said the expert, BUPA Nicholas Casticin.

The Pentagon also wants attached to the nuclear facilities of the military finally lost competence. While the army, Navy and air force are constantly fighting, and soldiers receive medals, the crews of submarines and the operators of the missile silos begin to wear Slippers, said Nikolaychuk.

“That they used was “color of the nation”, and now they have no one to call them. And we, and they started drinking, dissatisfaction with the lack of promotion. I go on duty. Nothing stand out from this routine since 1962. Or on a submarine, sit and swim. No exploits you don’t commit,” — said the expert. Washington tries to “cheer up” the military and to include in the doctrine of “multilateral deterrence”.

However, even if the main motives of the US lies in this, not to try to justify nuclear strikes, Americans are setting a very dangerous precedent.

Here’s a very tricky situation, which many misunderstood, and it is fraught. A new era of strategic stability comes the era of destabilization. Americans blow up all the tried and tested scheme.Igor Nikolaichuk

Such experiments can get out of control and completely destroy the established in the days of the cold war system of nuclear deterrence.