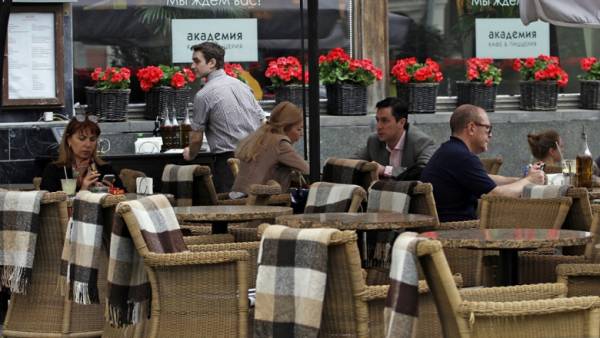 Selfie, a chef who since the founding works, Anatoly Kazakov, enters the ranking for the second time in a row. For the year the result has improved by 18 positions: last time it took 88th place. Selfie is in the group of White Rabbit Family, which owns including the restaurant White Rabbit, the most successful for today the Russian establishment, for several years falling in the top 30 The World’s 50 Best. The concept of the Selfie — the modern Russian cuisine. Cossacks works a lot with seasonal domestic products and the restaurant periodically there is a special menu dedicated to a specific product or region.

Chefs and co-owners Garden Twins Ivan and Sergey Berezutskiy is also already came into the view of the jury rating. Previously in the top 100 got their Twins: 75-th line in 2016 and 92nd in 2017 Twins Now closed.

Twins Garden opened in the fall of 2017, Berezutskiy position it as the restaurant for a partial self-sufficient: vegetables, herbs, milk and milk products for it to be produced on their own farm in the Kaluga region.

“We’ve gone from 75-to 92-E. Realized that we need to change something. And so we decided to rebuild the entire restaurant. Moved it [the new location], it will be incredibly tough. Analyzed our mistakes, where we, excuse me, screwed up, where we need to improve: OK, we need another restaurant — more a little, different interior. But at the same time, we want to make it more gourmet. Was looking for a concept which is not yet in the market? There are no restaurants in Russia, I am willing to bet there is no one that has his farm of this size and full cycle,” said Berezutskiy in an interview with “Vedomosti”.

Rating the World’s Best Restaurants is updated every year. First, the jury announces the top from 51 th to 100-th place, after a week with 1 to 50. in Addition to the main rating within a year publish additional. For example, declare the best woman chef, best restaurants in Asia and Latin America.