The American carrier returned to the Mediterranean sea

WASHINGTON, 11 Feb — RIA Novosti. Carrier strike group the U.S. Navy led by the nuclear aircraft carrier “Harry Truman” on Sunday entered the Eastern area of the Mediterranean sea, to once again take part in operations against ISIS* in Syria and Iraq, said in a statement on the official Navy website. 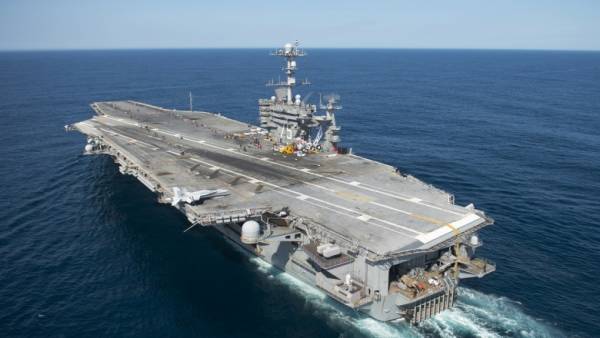 “With the support of air strikes by carrier strike group led by “Harry S. Truman” returned to the fight against ISIS*.

It sends a strong signal to our partners that we are committed to maintaining peace and security in the region and everywhere where there is a threat of terrorism” — are reported words of the commander of the group of rear Admiral Eugene black.

Earlier the American media, in particular magazine Defense News reported that the other aircraft carrier and its accompanying ships can stay in the Mediterranean for a long time to confront “challenges” from Russia and China, however, the Pentagon this information is not confirmed.