The Ambassador of the Russian Federation: debt arrested in Estonia Russian ferry must be repaid in a matter of days

TALLINN, June 11. /TASS/ Alexander Petrov has warned about the threat of disconnection of the vessel from the power supply. 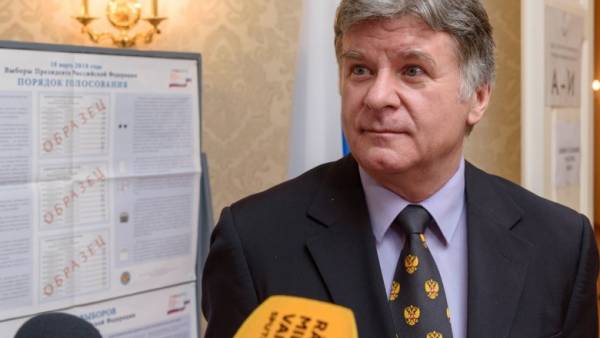 The Russian owners of the ferry “Petersburg”, who was arrested earlier in the Estonian port of Paljassaare, only a few days left to resolve the conflict around the vessel and get it back. Such opinion in conversation with corresopndent TASS was expressed on Monday, the Russian Ambassador to Estonia Aleksandr Petrov.

We believe that the account goes for days, because if not taken the necessary steps, there is a danger that the ship will be disconnected from the power supply, and it will put the crew in a very difficult situation.Alexander Petroupolis of the Russian Federation in Estonia

“For the shipowner, there is a real threat of loss of the vessel in case of nonpayment of debt, he added. As recalled by Alexander Petrov, the ferry “Petersburg” was previously detained at the Estonian port due to arrears that arose after the renovation works, as well as for non-payment of operating costs. The total amount of debt, he said, is about €400 thousand

“Steam is many times more”, — noted the Ambassador. “We expect that to be taken full measures for the early solution of the issue,” said he also.

According to the Ambassador, June 12, the captain of the arrested vessel Nikolay Shashkov invited to the Embassy of the Russian Federation at the traditional reception on the occasion of independence Day of Russia. “We expect that the subject will talk to you tomorrow, — said Petrov. — He [the captain] knows that we are ready to help. Expect to hear some details which will shed light on the situation.”