May called the condition of returning of Russia in the G8

MOSCOW, 11 Jun — RIA Novosti. British Prime Minister Theresa may in a speech in Parliament called the conditions to start negotiations about returning of Russia in “group of eight”. 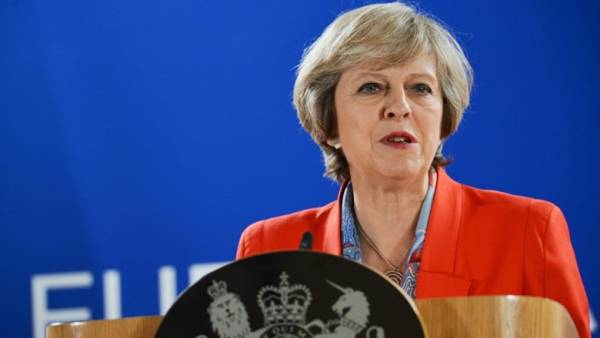 The Prime Minister noted that there was “good cause” for which the G8 has become the G7.

Any talk about the possibility of Russia’s return to the table (of negotiations G8 — Approx. ed.) cannot take place as long as Russia does not change its attitude (the question of the Crimea — Approx. ed.).Teresa Mypremier Minister

Last week during the summit “the Big seven” in Canada, the President of the United States Donald trump said about the necessity of returning Russia to the organization. Statement of the American leader most of the participants met with some harsh criticism. Only the Prime Minister of Italy, Giuseppe Conte said that he hoped for the restoration of the format “Big eight” with Russia among the participants.

The format of “Big eight” has existed since 1998. In 2014, she was reduced to the G7 when the background of events in Crimea, the members of the club decided not to go to the next summit in Sochi and gathered without Russia in Brussels.

Crimea became a Russian region in March 2014 as a result of the referendum held after a coup in Ukraine. Then for entry into the Russian Federation voted 96,77% of voters of the Republic of Crimea and 95.6% of Sevastopol citizens. The Kremlin has repeatedly stressed that the annexation of Crimea fully complies with international law and the UN Charter, and the question of Crimea “closed permanently”.