In the U.S. Senate said about living in Russia the “Soviet evil”

The return of Russia in the G8 would be a mistake, as the country continues to live the “Soviet evil.” This statement was made by us Republican Senator Lindsey Graham. 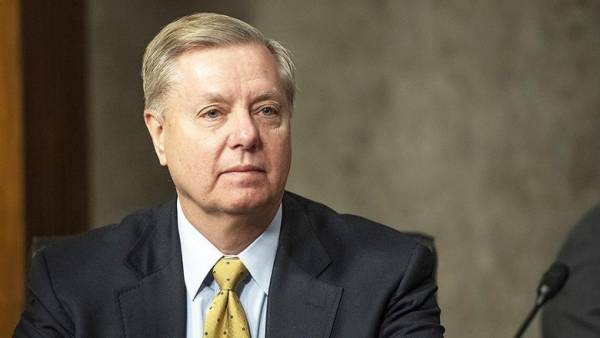 So the MP responded to the proposal of the President of the United States Donald trump to negotiate with Russia in the format of “big eight”.

It would be a mistake. The Soviet Union may have collapsed, but the evil he embodies, is alive and well in Putin’s Russia. He (the President of Russia. — Ed.) not a friend of the United States. It destroys democracy everywhere and trying to do it in our backyard.Lindsay Grammaticheskiy Republican Senator

The Senator said the need for dialogue with Moscow.

June 8, trump said that Russia should return to the negotiating table of the “big eight”, noting that the G7 format is outdated and most suitable option for negotiations is the G20 or BRICS.

In Russia, it once again said that Moscow is “not clings” for the G8 and focuses on other formats.G8 — the Union of economically developed countries, which includes UK, Germany, Italy, Canada, USA, France, Japan, and until 2014, and Russia. At the moment the summits meetings are held in the “sevens”.