In Peru the traces of mass child sacrifice

Archaeologists have discovered in Peru 56 of skeletons of children who were sacrificed during pagan rituals. 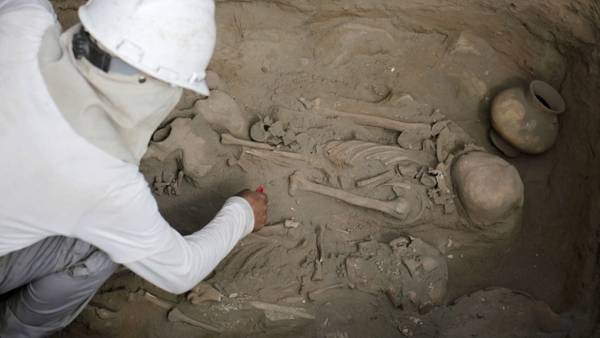 According to the information portal Comercio, the burial was found in the Peruvian province of Trujillo (La Libertad region) in early may. Besides human remains were found skeletons of baby llamas.

According to archaeologists, the mass sacrifice was made over 600 years ago during the ritual to prevent natural disasters — devastating storms and floods.

According to experts, in Peru, a phenomenon described as El niño — an abnormal rise in the surface temperature of the Equatorial Pacific ocean at 0.5 degrees Celsius. He can cause natural disasters.

See also: In the African desert and found the ruins of a mysterious temple