Paleogenetic found in Russia, the ancient plague on the Earth

MOSCOW, 9 Aug — RIA Novosti. Genetics “resurrect” the genome of the oldest Yersinia pestis in the soil, the traces of which they found on the bones of ancient people who lived in the vicinity of Samara approximately 3.8 thousand years ago. Their findings were published in the journal Nature Communications. 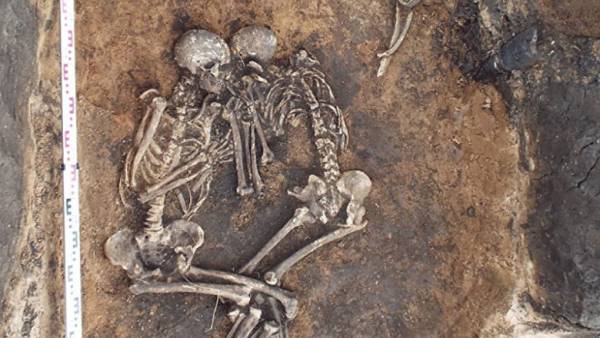 “We managed to recover the genome of Yersinia pestis, found in remains of people who lived in the vicinity of Samara in the late bronze age. It was noticeably different on the device DNA from the earlier versions of these microbes and has been fully adapted for dissemination via fleas,” says Johannes Krause (Johannes Krause) from the Institute for the study of human history in Jena (Germany).

Krause known as “the necromancer” — paleogenetic, and his colleagues have several years of work to restore the history of the largest in the history of Europe of the epidemic — the so-called “black death” caused by the plague Bacillus, Yersinia pestis. In 2011, the group Krause recovered a genome of this bacteria, and later found a mutation that turned a harmless soil bacterium, Bacillus pseudotuberculosis, the “scourge of God” of the 14th century.

Relatively recently, in February 2016, Krause and his colleagues made an extremely unexpected discovery — by studying the bones of victims of the outbreak of plague in Marseille in the 18th century, they found that the epidemic was caused by the same strain of Yersinia pestis that caused the black death. It was a very big surprise scientists, as they believed that this kind of microbe disappeared, replaced by a less contagious and deadly strains of Yersinia pestis.