QC, 10 Jun — RIA Novosti. To return Russia to the “big eight” it is necessary to observe the Minsk agreements on settling the situation in Eastern Ukraine, said the President of France Emmanuel macron at the end of the G7 summit in Quebec. 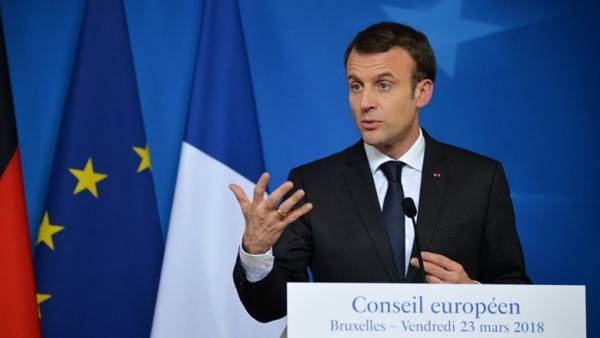 According to the French President, he would like the next summit in Biarritz in the summer of 2019 was held with the participation of Russia in the G8 format, but it needs the implementation of the “Minsk-2”.
Macron also said he wants to work with Vladimir Putin. According to him, it is possible to correct the mistakes of history, to achieve results in the economy, the sphere of security.
In turn, Prime Minister Theresa may said that the return of Russia in the “big eight,” she needs to change their behavior.

“Russia has ceased to enter in the G8, the G8 became the G7 due to the illegal annexation of the Crimea by Russia. And if there is some conversation about the future of the Russian Federation in connection with the group, then Russia needs to change its way, the actions in which it participates,” said she.

The Prime Minister of Canada Justin Trudeau said that the return of Russia in the “big eight” is not what “we’re interested”.