Kim Jong UN met with the Prime Minister of Singapore 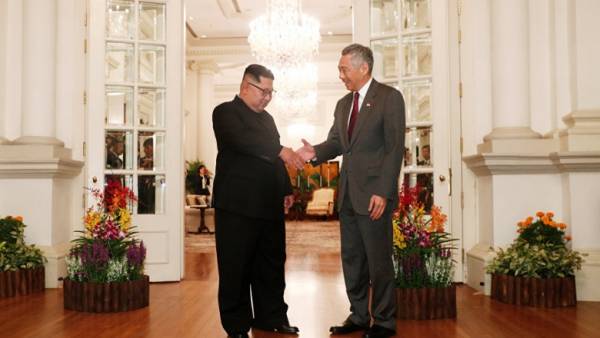 Stream the meeting was conducted in Facebook. Kim Jong-UN and Lee Sanlon shook hands and welcomed the delegations of both countries.

Kim Jong-UN, thanked the Singapore government for its sincere efforts for the holding of the historic summit between him and the President of the United States. In response, Lee thanked Kim for coming to Singapore and meet him.

Previously, the Straits Times reported that DPRK leader Kim Jong-UN arrived in Changi airport in Singapore, on the plane of Air China.