Hungary had jets because of a mysterious Ukrainian aircraft

Air force (air force) in Hungary was put on alert because of the Ukrainian plane which has illegally intruded in air space of the country. On Sunday, June 10, according to Мукачево.net. 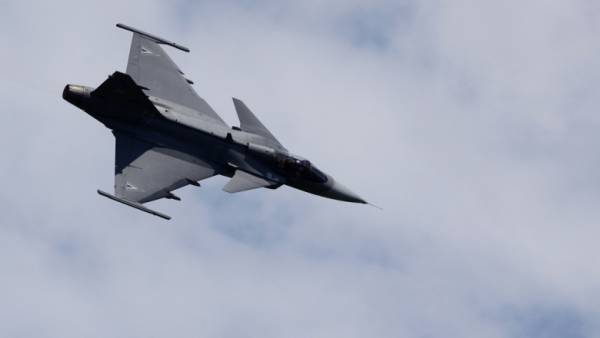 According to the portal, the incident occurred in the area of the checkpoint “Luzhniki — Beregsurány”. As explained by the Hungarian military, a small plane EN route from Ukraine, around midnight, crossed the Ukrainian-Hungarian border without any coordination with the relevant authorities.

Staff members of the Hungarian border guards immediately declared an emergency and reported the incident to the security authorities of NATO. In addition, the air was raised a multipurpose fighter of the fourth generation Saab JAS 39 Gripen. After several maneuvers the ship-the offender left the airspace of Hungary.

It is noted that it could be another plane of smugglers who transported from forests in the European Union illicit goods or illegal immigrants. So, according to the information portal, in January 2018, close to the border of the Hungarian city of Nyíregyháza was already detained a Ukrainian plane, which was brought to Hungary migrants.

In February it was reported that the Hungarian police began to organize a RAID on Ukrainians who illegally acquire a Hungarian passport from local officials. Then it was noted that more and more Ukrainians first receive a residence permit in the border of the Hungarian villages and then and fake passports.