“Chinese President XI Jinping gave to President Putin Jajinci guqin from Shandong province and tayninsky Niranjan with the image of President Putin,” — said the press service of the foreign Ministry of China.

Guqin is the most ancient stringed instrument of China with a strong national flavor. According to open sources, it has almost createsecurity history and is an important part of Chinese musical tradition. It is believed that all art of the guqin is the embodiment of an extremely high level of Chinese music. 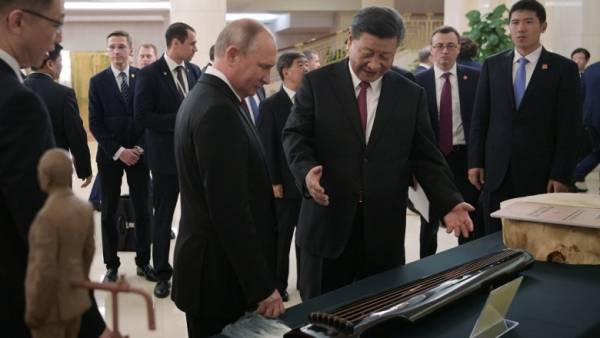 Clay dolls “Niranjan” — the traditional art of sculpting originated in Tianjin. The founder of this art form Zhang Mingshan, who lived in 1826-1906 years, had a unique skill. According to stories, talk with other people, he could sculpt a clay figure to the touch, without looking. That’s why people nicknamed him “Niranjan”, which means “Zhang master in sculpting clay figures man.” The feature works painted in this style, is in realistic motion and feelings.

Vladimir Putin during his visit to China was presented to XI Jinping a Russian bath. During a visit to Tianjin city, the Russian leader showed a sample of the logs from which it is fabricated, and demonstrated in pictures how the bath will look like after Assembly. The footage was shown on Russian television. Later, the Chinese foreign Ministry told RIA Novosti that the Russian President gave his Chinese counterpart, Siberian nuts, honey and tea.

Experts say that the starting price of the gift Putin the leader of China – 2.5 million is just the cost of log Altai cedar the same diameter pic.twitter.com/Wz9PZ152jT