Tusk called for the strengthening of G7 without Russia

QUEBEC city, 8 Jun — RIA Novosti. The return of Russia in the “Big eight” can compromise the integrity of the club of leading world powers. This opinion was expressed by the Chairman of the European Council Donald Tusk at a press conference in the framework of the G7 summit in Canada. 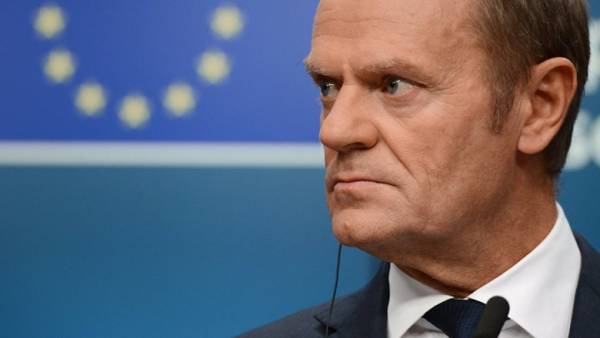 He noted that the current format of interaction “unique” and distinguished by unity of its member countries.

Today it is much more important to convince our American partners to strengthen our format, rather than look for something new, challenging.Donald Taskpredicate Of The European Council

The President of the European Council also considers that in the case of expanding the G7 members “will be difficult to define a common goal,” this, in turn, will complicate cooperation with other countries of the world.

Tusk’s comments came after the US President Donald trump said that Russia should attend the G7 summit in Quebec.

“Whether you like it or not — and it may be politically incorrect to say, but we need to rule the world. Is the G7 that I had before the G8, Russia was kicked out, she needs to return to Russia, because we need Russia to the negotiating table,” said White house reporters.

The Kremlin has already reacted to the words of the American leader. Press Secretary of Russian President Dmitry Peskov said that Moscow “is focused on other formats.”