Alexey Ulyukaev began to serve his sentence in the colony

The ex-Minister of economic development of Russia Alexei Ulyukayev began to serve his sentence in a penal colony in the Tver region, reports “RIA Novosti” with reference to Deputy Chairman of the Moscow ONK eve Mercacio. 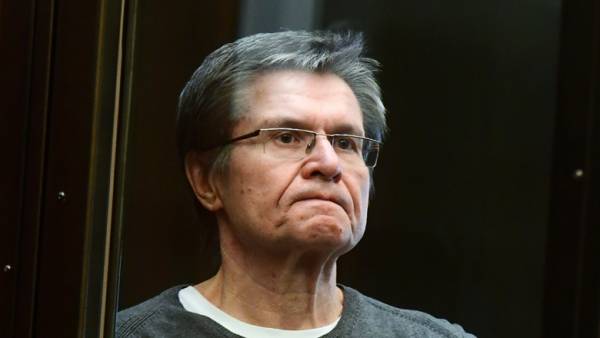 “FSIN information about the location of Alexei speaker may not reveal even to human rights defenders in connection with legislation. However, from other prisoners we learned that the speaker is in prison No. 1 in Tver region. A colony of strict regime, but there’s little repeat offenders. More precisely “parohodik””, — quotes Agency the words of Marichevoy.

According to Marichevoy, at the moment the speaker is in quarantine, later he is transferred to a normal cell.

In December 2017 Alexei Ulyukayev was sentenced to 8 years imprisonment in a strict regime colony. The court also imposed a fine in the amount of 130 million rubles.

During sentencing, the judge pointed out that the fault of the former Minister is completely proved. The court found that on 15 October 2016, Ulyukayev in the Indian state of Goa, which hosted the BRICS summit, demanded the head of “Rosneft” Igor Sechin, a bribe of $2 million October 28, head of the oil company appealed to the FSB. On 14 November the speaker took the brown bag with the money in the office of “Rosneft”, it was placed in the trunk of the BMW came on the speaker.