MOSCOW, 8 Feb — RIA Novosti. Secretary of national security Council of Ukraine Oleksandr Turchynov believes that the West’s policy of double standards in its attitude to the gas pipeline “Nord stream — 2”. It is reported lb.ua. 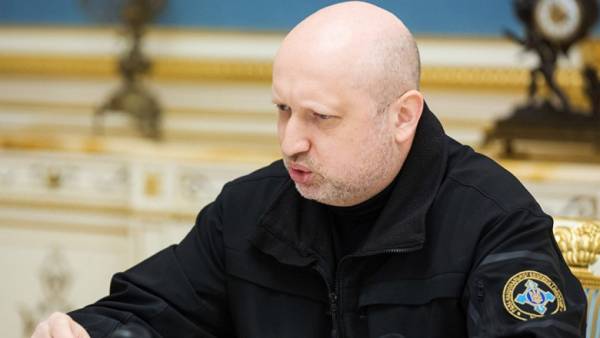 In this context, according to him, the gas pipeline “Nord stream — 2” is a Prime example of double standards within Europe.

“On the one hand — technically talking about the extension of the sanctions, and on the other help in the implementation of Russian economic and strategic interests which negate all the progress that has occurred in the last four years”, — said Turchinov.

The project “Northern stream — 2” involves the laying of two pipelines with a total capacity of 55 billion cubic meters of blue fuel a year off the coast of Russia through the Baltic sea to Germany. The pipeline is planned to be build next to the “Nord stream”.

The bill was opposed by some countries — primarily Ukraine, which does not want to lose the income from the transit of Russian gas and the USA, with ambitious plans to export its LNG to Europe. Russia has repeatedly urged not to politicize the construction of the pipeline and to treat the project as solely economic.

The current contract for the transit of Russian gas via Ukraine expires at the end of 2019. In may, President Vladimir Putin said that the launch of “Nord stream — 2” does not imply the cessation of Russian gas transit via Ukraine to the EU, and these deliveries will continue with the economic feasibility.