Trump called for a return of Russia in the G8

The US President expressed his point of view before you go to the G7 summit. 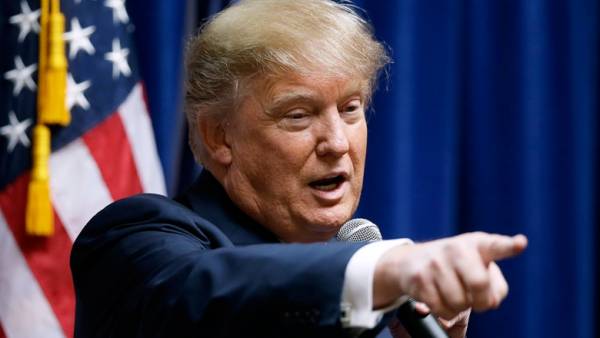 According to him, such a statement trump made to reporters before heading to Canada for the G7 summit.

In March 2014, the “Big seven” in connection with the situation in Ukraine and Crimea at a meeting in the Hague decided that the G8 summit in June of the same year will be held in the G7 format in Brussels without Russian participation.

Meetings of the G8 have been suspended until “until Russia does not change course and return the situation to where the G8 is able to conduct a meaningful discussion,” he said in a joint statement, the leadership of Canada, France, Germany, Italy, Japan, UK, USA, and President of the European Council and the European Commission.

Crimea became part of Russia after a regional referendum in March 2014. Ukraine the results it recognizes and considers the Peninsula its but temporarily occupied territory. The EU and the United States called Russia’s actions of the annexation and has imposed sanctions against several companies, politicians and businessmen. Russia says that the topic of Crimea is closed forever, the Peninsula belongs to her.