Scientists have found the oldest footprints on Earth. But who left them is unknown

In southern China, discovered the prints of the limbs of a living being, left, believed to be about half a billion years ago. 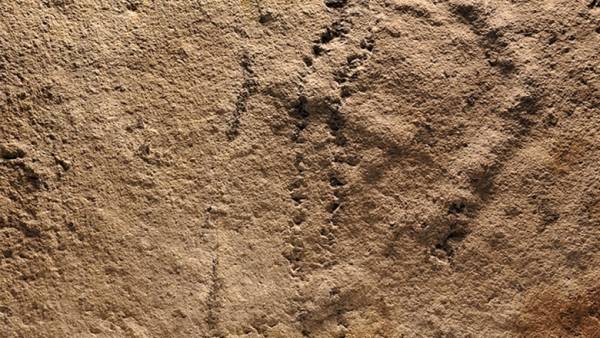 Two rows of clear footprints were found a team of archaeologists from China, the discovery described in the journal Science Advances.

According to researchers, the fingerprints of about 546 million years, they belong to the Ediacaran period.

Thus, it is the most ancient prints bilaterally symmetrical animal known to science.

Fingerprints left in the fossils that have arisen in the natural region of the Three gorges on the Yangtze river, believed to be 551-541 million years ago.

Scientists do not yet understand whether the animal was bipedal or limbs he had more. But, in all probability, it had bilateral symmetry.

Bilaterally symmetrical animals — the most diverse category of animals on Earth. They are characterized by paired appendages or limbs and axis of symmetry. Traces refer to the period when, as I believe, on our planet, you have to first animals.

“In the past it was possible to identify the traces left from 530 to 540 million years ago. New finds might be older than them for 10 million years”, — said in an interview with the associated press study co-author Zhen Chen.

At least three categories of animals have paired limbs. It arthropods, such as bees, Annelida such as annelid worms; and the tetrapods, for example, people. It could be arthropod or annelids, or one of their ancestors.Zhen Cancouver research

Judging by the traces, the animal from time to time did stop, as indicated by the respective movement paths of the depressions in the soil, perhaps in search of food.