MOSCOW, 7 Jun — RIA Novosti. The words of Michael Ephraim about the transfer of the Crimean bridge Ukraine are calling for the violation of the territorial integrity of Russia, said in an interview with RBC member of the international Committee of the Federation Council Senator from Crimea Sergey Tsekov. 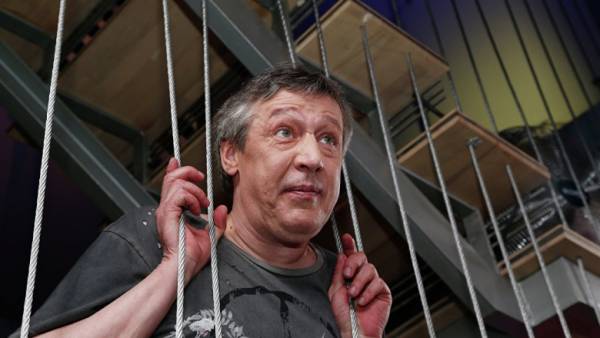 Earlier Yefremov in an interview with Yuri Dude suggested that in order “to make peace with Ukraine,” Russia needs to give her the Crimean bridge. The actor said that, in his opinion, “we need to deal with the Ukraine is money.” “Let them take the money for the fare, they will be delighted. Maybe Crimea will forgive me,” he said.

“The Crimean bridge is the territory of Russia, in fact Yefremov calls for violating the territorial integrity”, — commented on these words of the Senator.

Thus the question of whether Tsekov to send the statement, the MP said he would think about it.

Senator Alexei Pushkov, in turn, commenting on Twitter statements Yefremov, said that to give Ukraine the Crimean bridge is impossible, since “it connects the two Russian banks”.

A bridge to the Crimea from the Krasnodar region — the longest in Russia, its length is 19 kilometers. The beginning of the movement of vehicles originally planned for December 2018, but the work was completed ahead of schedule.

Vladimir Putin may 15, opened the automobile part of the bridge across the Kerch Strait, the movement of vehicles running on 16 may.