Putin estimated the probability of a third world

Russian President Vladimir Putin during a straight line commented on the probability of a third world war. The broadcast of the event leads the TV channel “Russia 24” on Thursday, June 7. 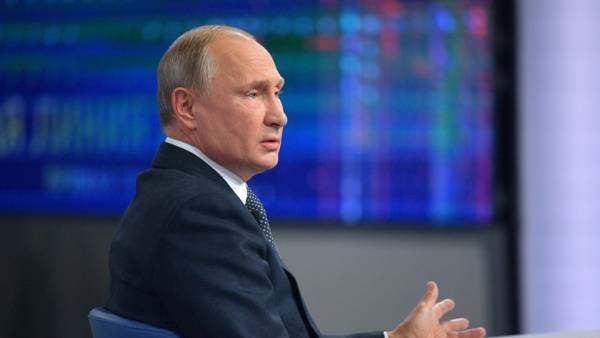 He also noted that after the Second world war was a global conflict because the major powers have set a strategic parity. “Fear of mutual destruction has always kept powers from any sudden movements and were forced to respect each other”, — said the Russian leader.

Don’t know what method will be conducted a third world, but I know that the fourth will be fought with sticks and stones.

June 7, Vladimir Putin 16th time answering questions of Russians in real time. However, this straight line is in a modified format in the Studio, no audience, and with the President — governors and members of the government.